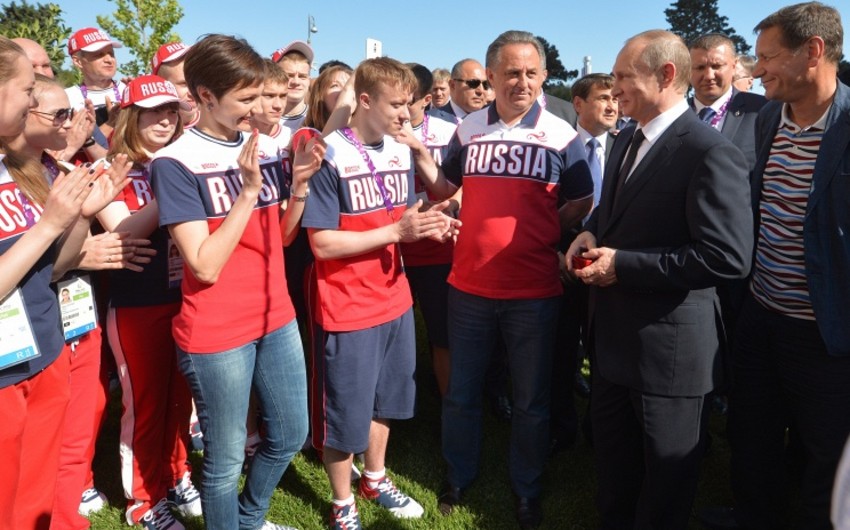 Report informs referring to Russian TASS, the head of state wished success to the athletes and expressed the hope that they will be superior not only quantitatively but also qualitatively.

"I've visited you on my way. We have the biggest and prestigious team. I hope that you will be superior not only quantitatively but also qualitatively," Vladimir Putin said.

He wished success to the Russian national team.

In turn, the Russian national team members presented a commemorative medal of the Games and the team's form to the President.

After the talks, athletes posed for a photo with Putin. The president also posed for photos with the volunteers working at the Games.