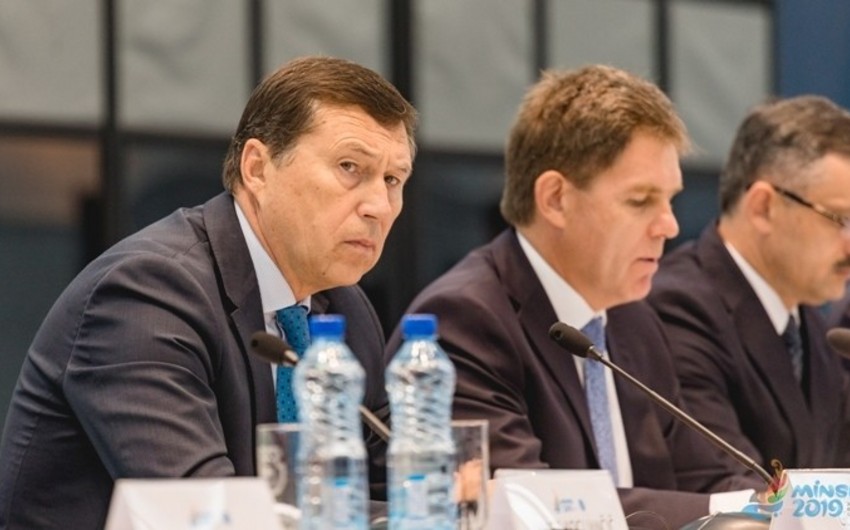 Baku. 5 September. REPORT.AZ/ Sport facilities for the 2nd European Games must be ready by May 2019, Director of the Minsk European Games Operations Committee (MEGOC) Georgy Katulin said at the meeting of the Coordination Commission.

According to him, the facilities must be handed over till May 6, 2019: "Those places have already been used for test tournaments on beach soccer, judo and rowing and positively assessed. However, some improvements are needed after every tournament and works are underway. Belarusian President Alexander Lukashenko and EOC President Janez Kocijančič discussed the preparation for the second European Games. The main issue is to fulfill the plans in a qualitative way."

Chair of the Coordination Commission Spyros Capralos said that the main point is to be sure that the preparations for the second European Games are under schedule and provide advices to the organizing country.

The meeting of the commission was also attended by Deputy Prime Minister of Belarus Igor Petrishenko, Minister of Sport and Tourism Sergey Kovalchuk and other officials.

The second European Games will be held on June 21-30, 2019 in 12 sport facilities in Minsk, Belarus. More than 4,000 sportsmen from 50 countries will participate in the Games in 15 kinds of sport for 201 sets of medals. Competitions in 10 kinds of sport will be considered as license for 2020 Tokyo Summer Olympic Games.