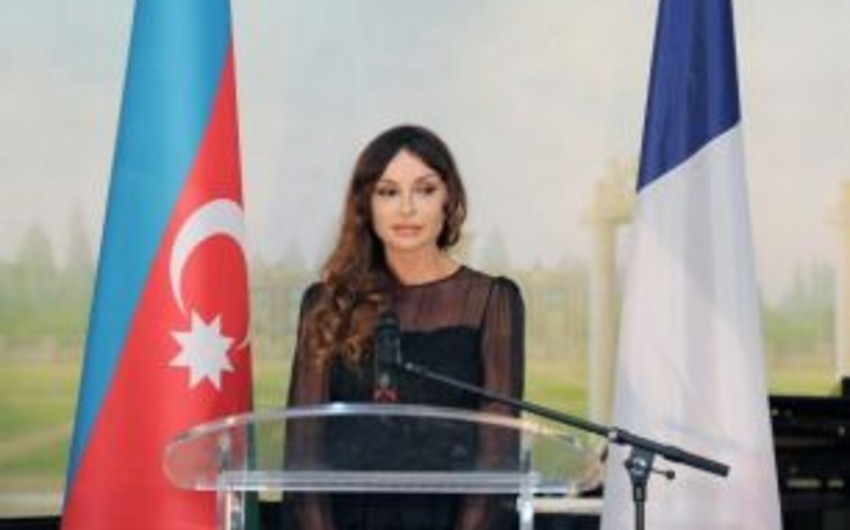 Held with the organizational support of the Heydar Aliyev Foundation and Azerbaijan’s Embassy in France, the ceremony was attended by representatives of public and political circles of this country, as well as persons of culture and sports. The guests first viewed the exhibition comprised of bronze statues by Azerbaijani sculptors devoted to “Baku-2015”. Over 20 works related to various types of sports by Azerbaijani sculptors were displayed at the exhibition called “We Together”. The guests were also presented various publications of the Heydar Aliyev Foundation about Azerbaijan, including booklets devoted to the first European Games.

The host of the event said the fact that the first European Games will be held in Baku is a sign of international interest towards Azerbaijan.

Then, participants of the ceremony watched a documentary devoted to “Baku-2015”. The film provides information about the preparation works for the first European Games and other actions associated therewith. It is informed that the first European Games will be held in 21 places. To this end, new arenas are being constructed in the city, and existing facilities are renewed and brought to a condition ready for the Games. In addition to the Baku Olympic Stadium designed for 65 thousand onlookers, preparation works are also carried out at the Olympic Village to accommodate 7300 people.

Minister of City, Youth and Sport of France Thierry Bayard expressed his pleasure of the presentation of “Baku-2015” first European Games in Paris: “France has been showing great attention towards these Games. Relations between our countries in the sphere of sport is extending as time goes on. France will be represented in these Games on the highest level.”

Member of the French National Assembly, twice Olympic champion David Douillet delivered a speech at the ceremony. He said the European Games, which promote humanism, peace and such other ideas, will improve Azerbaijan’s positive image further.

At the end of the event, the State Chamber Orchestra of Azerbaijan named after Gara Garayev performed with a concert programme.