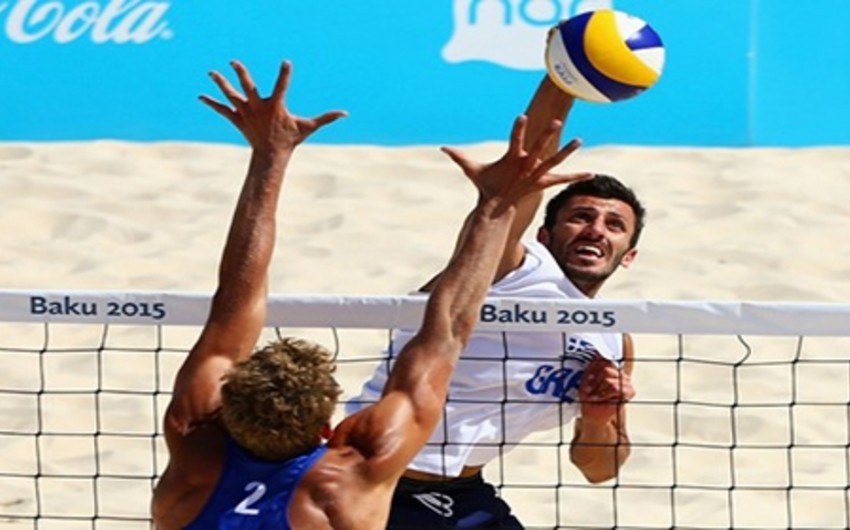 Baku. 19 June. REPORT.AZ/ The next matches in beach volleyball for men launched at the I European games. Report informs, the competition of 8 teams started at 10:00.

Italy met with the team from Greece. The match ended with the score 2: 0 in favor of Italy. In the other game of this group met the teams of Latvia and Ukraine, and Latvians won with a score of 2: 1. Due to these results, Italy, gaining 66 points, ranked first in the group, Greece is in second place (5 points), Latvia and Ukraine on the 3rd and 4th places, respectively.

Two other meetings were held in group E. At first meeting of Turkey and Netherlands. Turkish team celebrated victory - 2: 1. The match between Israel and the Czech Republic ended with defeat of the Czech team. Israel won with a score of 2: 1. After 3 matches Israel is the leader of the group, gaining 6 points. In second place - Czech Republic (5 points), and the third - Turkey (4 points). Holland occupies took the last place in the group, gaining 3 points.