Azerbaijani taekwondo fighters qualify for next stage at Baku 2015 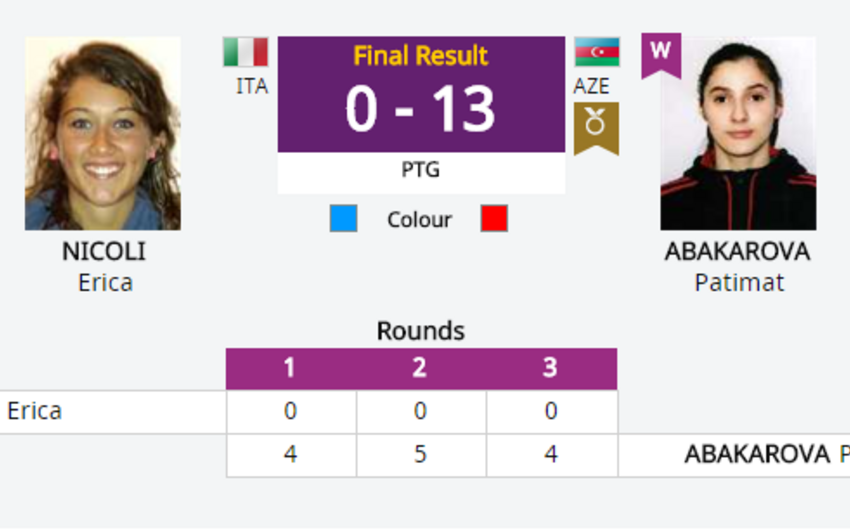 At the end of the meeting, the result was 7: 1. A female fighter will meet with Greek Ionna Koutsou in 1/4 final stage. Competitors will face at 15: 30 p.m. Baku time.