Venezuela ramps up oil exports against US sanctions

Venezuela ramps up oil exports against US sanctions Venezuela almost tripled its crude oil exports even as the US continues to tighten sanctions against companies seeking to do business with its ruling regime. 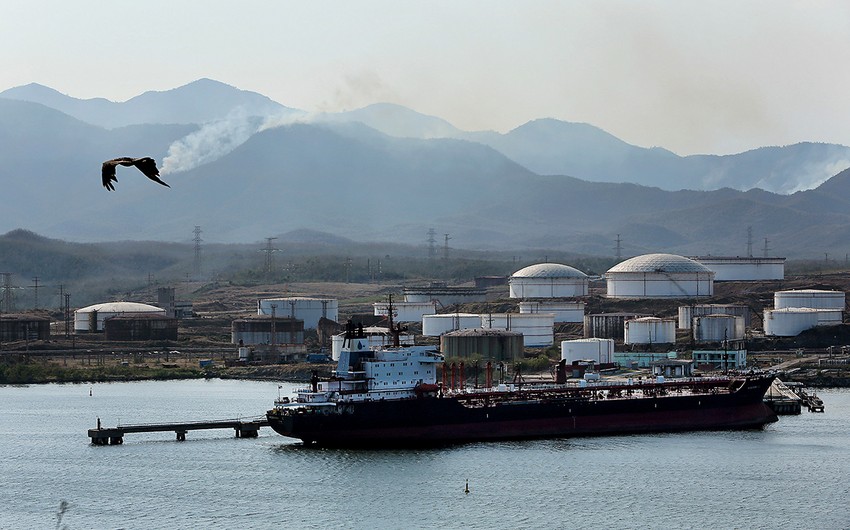 Venezuela almost tripled its crude oil exports even as the US continues to tighten sanctions against companies seeking to do business with its ruling regime.

According to shipping reports and data from vessel monitoring compiled by Bloomberg, exports of oil surged to more than half a million barrels a day in November, with nearly all of it heading to China. Crude output, meanwhile, stood at 484,000 barrels a day on November 25, according to the latest figures in an internal document seen by Bloomberg. That’s a drop of 48% year-on-year but shows that the country, despite sanctions and crippled operations, can still produce more oil than Ecuador.

The US Monday imposed sanctions on Chinese firm China National Electronics Import & Export Corporation, accusing it of supporting Venezuelan President Nicolas Maduro’s efforts to undermine democracy. Nonetheless, hindering oil ties between China and Venezuela proves trickier because vessels turn off their satellite-signaling devices and paint over their names to hide their identity and avoid detection.

Mass protests against President Nicolas Maduro in Venezuela began on January 21, 2019, shortly after his inauguration. The head of the National Assembly, controlled by the opposition, Juan Guido, illegally declared himself interim head of state. Several Western countries led by the US announced its recognition of Guido. In turn, Maduro called the head of the Parliament a puppet of the United States. Russia, China, Turkey, and some other countries supported Maduro as a legitimate President.