US Secretary of State congratulates people of Azerbaijan on Republic Day 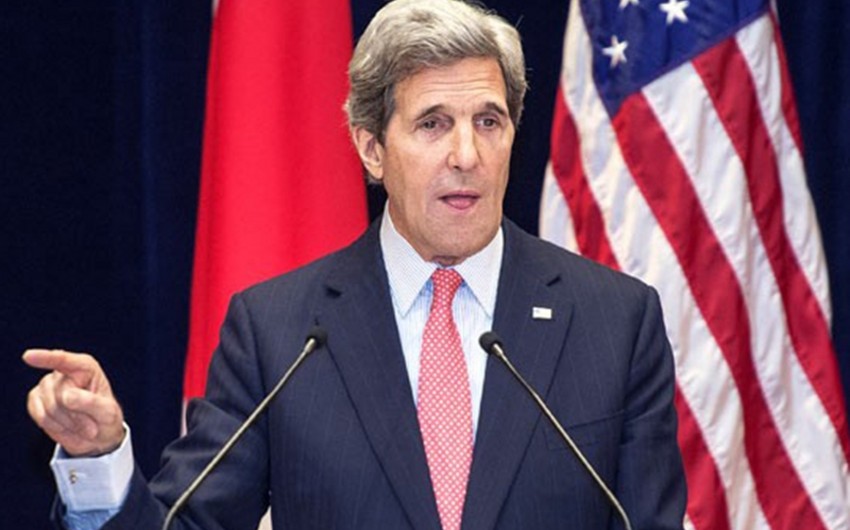 Baku. 25 May. REPORT.AZ/ US Secretary of State John Kerry has congratulated the people of Azerbaijan on Republic Day, Report informs.

“On behalf of President Obama and the American people, I congratulate the citizens of Azerbaijan as you observe Republic day on May 28,” Mr Kerry said in a press statement published on the website of the US Department of State.

“For more than a quarter century, our two countries have worked together on behalf of security and prosperity in and beyond Europe. The United States strongly supports measures to increase economic opportunity, to promote freedom of expression and political participation, and to ensure a peaceful and stable future for all Azerbaijan`s citizens.”

“Azerbaijan plays a vital role as a supplier of energy to European markets and the United States fully backs your efforts to increase regional energy diversification. My government values our partnership with you in the fight against extremism and our close collaboration on transnational issues. The United States also remains committed to facilitating a resolution to the Nagorno-Karabakh conflict,” said the US Secretary of State.