TAP construction 97% completed By the end of July, 97% of the Trans-Adriatic Natural Gas Pipeline (TAP), built to transport Azerbaijani gas to Europe, has been completed, informed the TAP consortium.
159 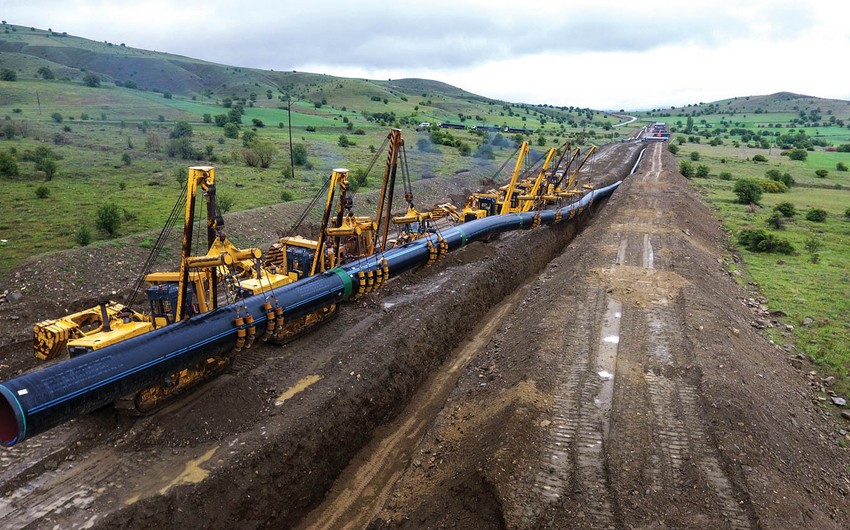 97% of the Trans-Adriatic Natural Gas Pipeline (TAP), built to transport Azerbaijani gas to Europe, had been completed by the end of July, the TAP consortium said in a statement.

Report informs that the project proceeds according to the schedule.

The Trans Adriatic Pipeline, part of the Southern Gas Corridor, will transport 10 billion cubic meters of gas produced under the Shah Deniz-2 project annually to Europe. TAP will join the Trans-Anatolian Pipeline (TANAP) near the village of Kipoy on the Greek-Turkish border and then will run through Greece, Albania, and the bottom of Adriatic Sea to southern Italy.

The TAP pipeline, which was officially announced on June 28, 2013, by the Shah Deniz consortium, is 878 kilometers long. Of this, 550 km is in Greece, 215 km in Albania, 105 km in the Adriatic Sea, and 8 km in Italy. The highest point of the route in Albania is 1,800 meters above sea level, and the lowest point on the seabed is 820 meters below sea level.

The closing ceremony took place on May 17, 2016, in Thessaloniki, Greece.

The pipeline is to pump the first gas from Azerbaijan to Europe this year.