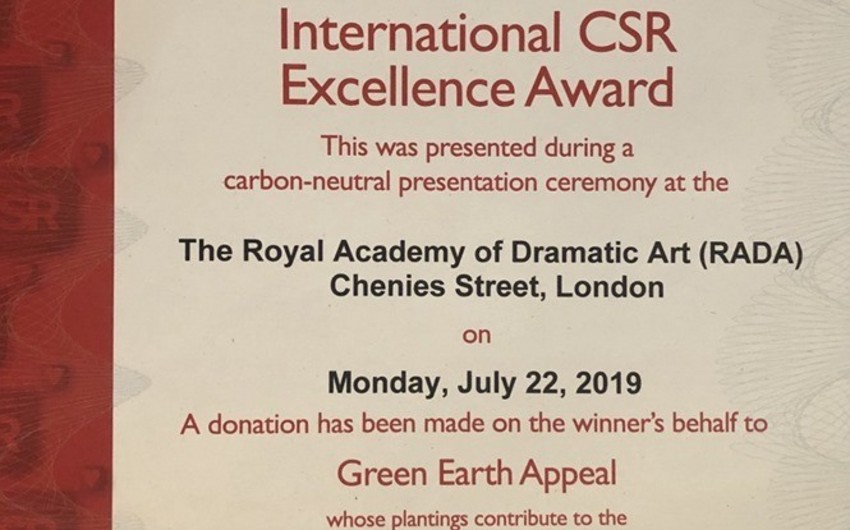 The ceremony was held in the Royal Academy of Dramatic Art (RADA) in London on 22nd July 2019.

TANAP has also been invited to the “CSR World Leaders Ceremony” as a “World Leader”, a prestigious event which will be held on November 25, 2019 at the Houses of Parliament, Palace of Westminster in London.

The pipeline, which is part of the Southern Gas Corridor, originates from the village Tyurkgёzyu province of Ardahan, Turkey, will pass through 20 regions and connect to the Trans Adriatic Pipeline (TAP) in Ipsala district of Edirne city.