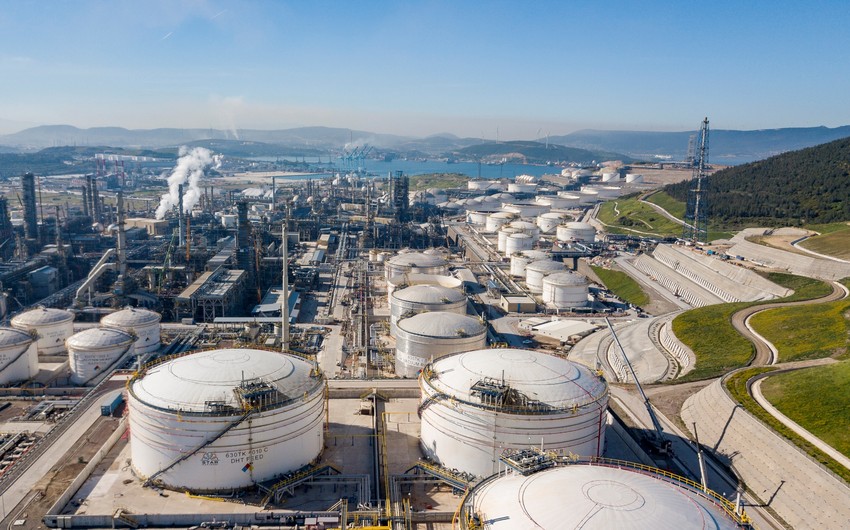 According to a study conducted by the Istanbul Chamber of Industry (ISO) to assess the Turkish industrial sector, STAR NEZ, one of SOCAR Turkey's subsidiaries, is the 6th largest industrial enterprise and Petkim is the 23rd largest in the list of Turkey's 500 Greatest Industrial Enterprises 2020, the State Oil Company of Azerbaijan (SOCAR) told Report.

In 2020, production and sales of STAR refinery of Turkey, the largest industrial holding company in Turkey, amounted to TRY 24.03 billion. The sales of another subsidiary of SOCAR Turkey, Petkim, which has topped the ISO 500 list for many years, amounted to TRY 8,732,000,000.

Evaluating the achievements of STAR Oil Refinery and Petkim in the list of "500 Greatest Industrial Enterprises of Turkey", Zaur Gahramanov, General Director of SOCAR Turkey, said:

"We are very pleased that the STAR refinery, which meets about 25% of Turkey's oil needs, has become one of the largest industrial enterprises in Turkey within two years since its opening. Along with 4.8 million tons of diesel and 1.6 million tons of naphtha per year with an annual processing capacity of 10.5 million tons, STAR NEZ, which produces jet fuel and LPG - important components of Turkey's current account deficit, has achieved successful results despite pandemic.

"On the other hand, another subsidiary, Petkim, which was included in the list at a time when several petrochemical companies reduced or even stopped production due to lack of raw materials in the petrochemical sector, continued production without taking advantage of the benefits of integration with STAR and increased its activity to 88%. We are proud to show our production capacity and be one of the biggest supporters of the industry with our two giant companies operating in the strategic areas of Turkey."