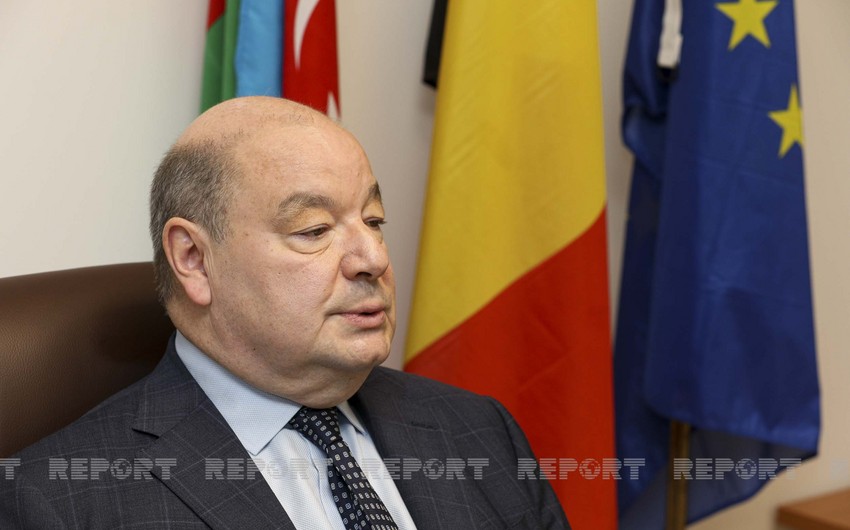 "The Southern Gas Corridor will influence the gas market and its prices, which are now very high," Belgian ambassador to Azerbaijan Michel Petermans said in an interview with Report.

“Even though the gas from Southern Gas Corridor does not go directly to Belgium, this gas corridor has great importance for the export of gas from Azerbaijan (and perhaps in the future, Turkmenistan) to Europe,” the ambassador said.

The diplomat also noted that the role of the embassy is to collect as much information as possible about the legal framework, investment climate, and trade rules - all elements that somehow impacts foreign business in Azerbaijan: “We are very grateful for all the elements presented in this regard, including for information on tenders open to foreign companies. This is true for the energy sector as well as for other sectors."

Belgian company Fluxys holds 19% in the Trans Adriatic Pipeline (TAP), which is the European leg of the Southern Gas Corridor.

The last European segment of the SGC, the Trans-Adriatic Gas Pipeline (TAP), which began commercial deliveries on December 31, 2020, made it possible to begin supplying Greece and southern Italy with Caspian gas.