Baku. 16 February. REPORT.AZ/ An agreement was reached to establish a new company for project design of the Ionian-Adriatic Pipeline (IAP), which will be connected to the Southern Gas Corridor (SGC).

Report informs citing the State Oil Company of Azerbaijan Republic (SOCAR), two documents have been signed in Baku between SOCAR and Albanian Albgaz, as well as gas distributing companies of Montenegro, Croatia and Albania on the design of new pipelines that will be connected to the Southern Gas Corridor. The signing ceremony took place during the 4th ministerial meeting within the framework of the Southern Gas Corridor Advisory Council, February 15.

SOCAR Balkans will carry out the Front-End Engineering Design (FEED) of the pipeline, intended for the distribution of gas from SGC to the territory of Albania, which is planned to be built between the Albanian cities of Fier and Vlora. Thus, SOCAR will for the first time provide engineering services in the Balkans. A letter of intent on the design of the Fier-Vlora pipeline was signed by the Executive Director of SOCAR Balkans, Adviser to the SOCAR President, Murad Heydarov, and the  Director General of Albgaz, Genci Gjeci. 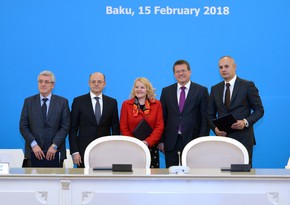 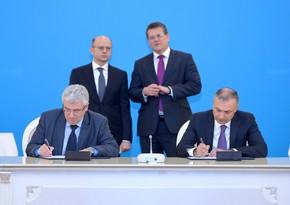