SOCAR: There is no longer serious obstacle for TAP construction

SOCAR: There is no longer serious obstacle for TAP construction TAP project is implemented according to planned construction schedule
2093 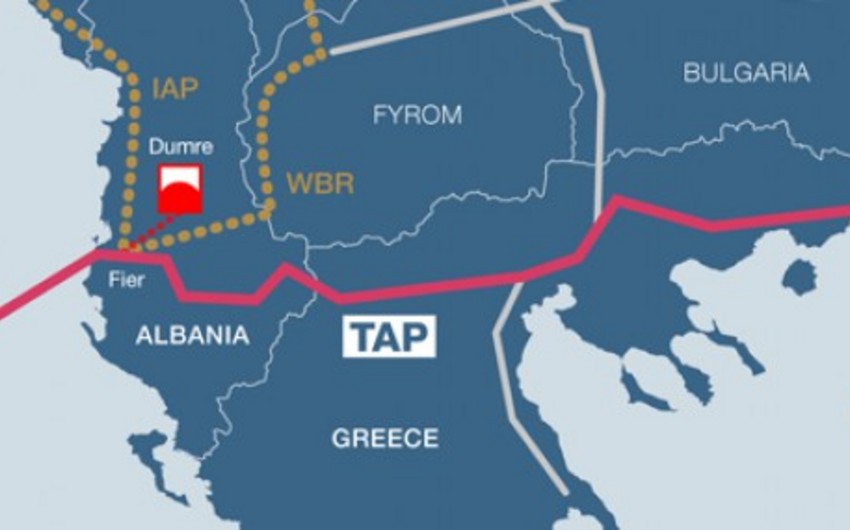 Report was told in the State Oil Company of Azerbaijan Republic (SOCAR).

'It is known that, realization of each project faces certain obstacles. Southern Gas Corridor and TAP project, which is part of it also faced large and small obstacles from the first days. To combine, satisfy different countries from the Caspian Sea to the Adriatic sea, cultural and legal systems, even different continents, to involve them in a single format and project was a huge task in itself. To ensure participation of tens of companies and a number of countries, having different interests was one of the key issues.'

It was noted that Azerbaijan has successfully managed this task, at present, all major issues have been resolved: ' Southern Gas Corridor is one of priority projects for the European Union and European countries. Of course, sometimes minor technical obstacles occurs during realization of TAP project and usually resolved in a short period. Mentioned small obstacles, mainly, occur in regional and municipal level.'

It was mentioned that, misunderstandings are eliminated after relevant negotiations and solution, satisfying all parties and based on local legislation are adopted. 'For example, steps are taken to protect the olive trees in Italy. In the case of Greece, process of obtaining several permits and licenses are already carried out by Greek Ministry of Energy. Close cooperation and coordination by TAP project with relevant organizations and offices of these countries provides efficient solution of such problems. In general, TAP project is implemented according to planned construction schedule, there is no delay and serious obstacles are not expected', SOCAR says.

Notably, in initial phase, 10 billion cubic meters of gas produced in the framework of 'Shah Deniz-2' project will be transported to Europe via TAP pipeline, which is part of Southern Gas Corridor project. The pipeline will begin from Kipoy territory on Turkish-Greek border and extend to Southern Italy passing through Greece, Albania and across the Adriatic Sea. Length of the pipeline is 878 km, which 545 km will cover territory of Greece, 215 km of Albania, 105 km of the Adriatic sea and 8 km of Southern Italy. The highest point of the pipeline is in the mountains of Albania (1 800 meters), while the lower part (820 meters) will be under the sea. At present, preparation works are carried out for TAP pipeline construction. To start construction of pipeline is planned this year.