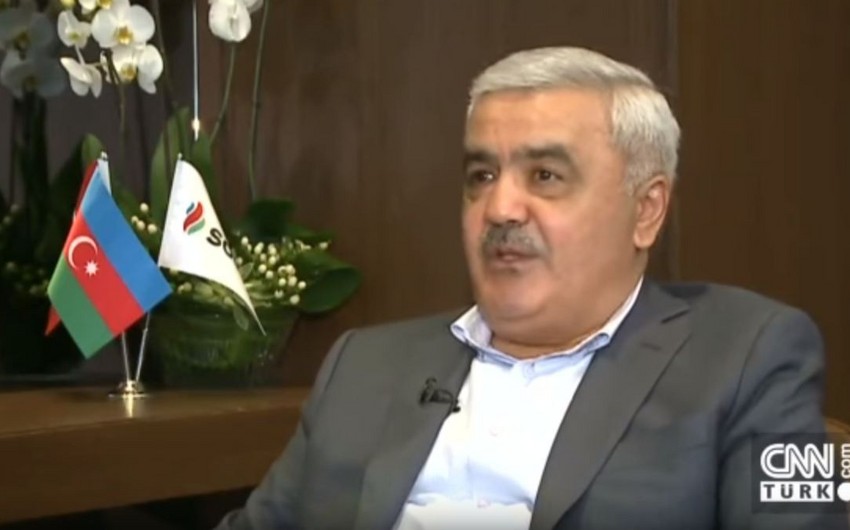 Baku. 23 October. REPORT.AZ/ Investments made by the State Oil Company of Azerbaijan (SOCAR) in Turkey will exceed $20 billion and these investments will bring benefit to both Turkey and Azerbaijan, SOCAR President Rovnag Abdullayev said in an interview to CNN Turk, Report informs.

According to him, Azerbaijan and Turkey are inseparable and SOCAR does not feel strange in Turkey.

Abdullayev noted that making major part of investments by state-owned SOCAR in Turkey was a political decision and intention of the Azerbaijani state.

"Therefore we must perform our biggest works and make our biggest investments in Turkey and turn it into a large energy hub," the SOCAR President said.

He reminded that SOCAR bought Petkim (51%) for $2.040 billion in 2008 and started investing in Turkey: "We had big plans such as construction of a port, oil refinery, large institution when we bought it. We have been investing hundreds of millions of dollar in Petkim for 7-8 years. We commenced construction of STAR Oil Refinery in 2011. At that time Prime Minister Recep Tayyip Erdogan and Azerbaijani President Ilham Aliyev laid the foundation of the refinery and said that they believe that the refinery would be launched soon. Now, I am proud that that Turkish President Recep Tayyip Erdogan and Azerbaijani President Ilham Aliyev are opening the refinery after 7 years. This is the biggest investment made in one point in Turkey. With these projects, we have become the biggest foreign investor in Turkey. STAR’s turnover will be $6-8 billion after it starts operating and it will cut Turkey's current deficit in import of oil products by $1.5 billion. STAR also played a great role in the development of industry in Turkey. There were 20,000 employees during construction works, 2.700 companies were involved in the project. While in 2009 Aliaga accounted for a 80,000-population, today 180,000 live here. A new town was built here. Aliaga is now connected with Petkim. This has given a great impetus to Turkey’s economy and its industry.

He also noted that TANAP already transports gas to Turkey, its section to deliver gas to Europe is planned to be completed next year, and the project of Petlim, the deepest port in the Aegean Sea is being implemented.

Abdullayev stressed that this will reduce Turkey’s current deficit by some billions of dollars.

He noted that with this project, Turkey becomes not only an energy user, but also an energy hub and this will contribute to reduction of its energy costs in the future.