SOCAR President: Gas earnings in Azerbaijan to equal oil by mid 2020s 'If Azerbaijan’s oil industry pursues sustainable growth, it can carry along with it the development of other sectors'
3607 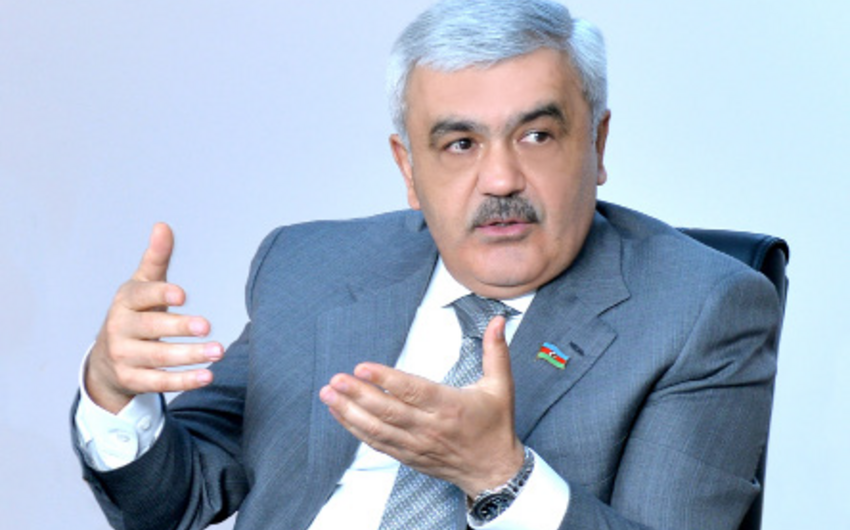 While Azerbaijan has been known for more than a century as a petroleum pioneer, revenues from gas sales are now catching up with oil exports. Natural gas-related revenues flowing into Azerbaijan’s treasury will equal those coming from sales of oil by the mid 2020s, while the share of petrochemical products export will also go up.Azerbaijan plans to add 16bn m³/yr to its gas exports from the second phase of Shah Deniz gas field (SD2) by 2021, but it has also been busy expanding its petrochemical, refinery, pipeline and LNG projects, especially overseas. “In the next decade, Azerbaijan will conduct a number of activities based on the realisation of its current gas projects, their expansion, and the launch of successive new gas projects. Additionally, the commissioning of gas processing and petrochemicals plants and the establishment of a new industry run on gas constitute further important aspects of our operations. The newly-built plants will contribute to the diversification of the country’s economy, create new jobs and encourage the development of small and medium businesses,” he said. Azerbaijan has already increased the share of gas export revenues from 2.7% of the country’s total in 2012 to about 10.6% in last year, while the figure for oil revenues fell by 13.5 percentage points.

R. Abdullayev said: “We will have a more promising project at Shah Deniz - Phase 3 (SD3) is due on soon before 2030.” SD3 is the biggest phase of the offshore field. He said: “Increasing the share of natural gas in production, as well as operations aimed at improving the oil and gas refining and chemical production will create conditions for a more stable income and sustainable development in Azerbaijan, and make an important contribution to the energy security of partner countries.” Existing markets include Turkey, Georgia and Greece. Azerbaijan is now focusing on realising SD2, aimed to export 6bn m³/yr of gas to Turkey and 10bn m³/yr to EU by 2021 initially, through the Southern Gas Corridor (SGC). He said kick-starting production from Shah Deniz heralded a completely new era, not only in the oil and gas industry and the wider economy “but, I would say, in international economic relations as well.”

According to R. Abdullayev, today, Azerbaijan’s gas strategy has achieved a number of important objectives. First, the sustainability of Azerbaijan’s energy security and the development of gas reserves, producing environmentally clean energy. And second, the establishment of sustainable infrastructure to ensure secure and stable supply of these resources to world markets. This includes the opening up of the SGC from the land-locked Caspian basin and expansion into Europe, which, as the president, Ilham Aliyev, has said, will gradually change the energy map of the region. “If we were formerly limited to a gas pipeline across Georgia and Turkey, currently, our pipeline geography goes beyond these countries by covering Greece, Albania, and Italy as well. Following the construction of the pipeline, the local population of these countries will be able to benefit from the gas that is transported,” Abdullayev says. “Initially, many cast doubts on the realisation of the SGC, which is over 3,500 km long. But all construction work comes up against objections of this nature. Here, the main thing is to lay the foundation and build the first floors of the building. If that is feasible then the rest is not a problem. However, in our case, the complicating factor was that the construction schedules for the upstream (SD2) and the midstream (SGC) had to be exactly lined up with each other. Thus, building a pipeline and then waiting for the gas to come did not make any sense; nor vice versa.” He added that in 2017 the expansion of the South Caucasus Pipeline in Azerbaijan and Georgia will be completed. “The scheduled work on the Trans-Anatolian Pipeline (Tanap) is 60% complete and the Trans-Adriatic Pipeline (TAP) is 31.8% complete,” he said.

Abdullayev added that financial matters relating to SD2 had to be solved on time in order to allow the purchase of goods at an initially negotiated price and the payment of services. “Apparently, the project has a quite high degree of complexity indeed. In addition, the implementation of the project started in 2014 when the world markets witnessed a sharp plunge in oil prices. Therefore, even western media started to publish materials questioning the ability to realise the project as scheduled.” Regarding the impact of low oil prices on the enthusiasm of foreign companies for energy projects in Azerbaijan, he said that they had had a dampening effect in the last two years. “However, as oil prices in the world markets began to rise to $50/barrel and above since the last quarter of 2016, the more promising forecasts for this year are an encouragement. It could be said that we have already received a number of requests from a large variety of companies. One of them is willing to work on a gas condensate field which has small reserves and which was discovered in the late 90s in the Caspian Sea. Another company’s proposal is related to the development of an oil field. In other words, if the technological potential and oil prices made the development of deposits unprofitable 20 years ago, now earning a profit seems possible.”

Beside domestic downstream projects, the company has invested $4.487bn in foreign projects in total as of the beginning of 2016, of which about three quarters – $3.334bn – were spent in Turkey, $414.5mn in Switzerland, $334.3mn in Georgia, $280.8mn in Ukraine and $71.3mn in Romania. It also bought a 26% stake in an LNG regasification terminal in Cote d’Ivoire with a capacity of 3mn mt/yr (4.15bn m³/yr). SOCAR Trading won a tender with a consortium including Germany’s Siemens to supply LNG and build a re-gasification facility for the island of Malta and build a gas-fired power plant costing €175mn.

Regarding domestic projects, Abdullayev said that sustainable development strategy of SOCAR would play an essential role in insuring against losses even during times of market volatility. “Currently, SOCAR is working on huge projects in both gas production and oil and gas processing and petrochemicals.” Work on industrial complexes producing polymers for example is underway in Azerbaijan. Despite the decline in oil prices, these and other projects of this kind are continuing. This lays a steady foundation for sustainable development – capable of resisting market volatility in the coming years – by improving the value chain.” He said that consequently, following the example of its strategic asset in Turkey, Petkim, revenues from oil refining do not fall so much when oil prices plunge; they might even increase. “Therefore, investments in such projects as SOCAR Polymer, SOCAR Carbamide, the Star refinery and others in the processing industry, made in recent years, will prove their value.” If Azerbaijan’s oil industry pursues sustainable growth, he says, it can carry along with it the development of other sectors too. “In addition to creating new jobs, SOCAR's Azerikimya, SOCAR Polymer, SOCAR Carbamide and other facilities can contribute to the sustainable development of economy. Intermediate products from these plants may be used as raw materials by the country’s small and medium enterprises.” The $750mn SOCAR Polymer plant will produce 180,000 mt/yr of polypropylene and 120,000 mt/yr of high-density polyethylene by Q1, 2018, rising to 570,000 mt/yr by 2021. The SOCAR Carbamide project, which will also cost $750mn, will be commissioned at the same time. It will turn 1.5mn m³ of gas into 438,000 mt/yr of ammonia and 730,000 mt/yr of urea. Upstream gas projects Azerbaijan has other projects to develop, apart from Shah Deniz. Abdullayev said that a number of them are already on the agenda. “The most important among them is the Absheron field, operated by French Total, whose development might be realised by the end of 2019. As it is a priority for us to make Azerbaijan self-sufficient in gas, 1.5bn m³/yr of gas from the first phase will be delivered to the domestic market,” he said. He added that SOCAR put high hopes on the drilling works in the first exploration well in deep-Shafag and Asiman, which had been drilled by BP in the Caspian Sea this year. “Based on the results of 3-D seismic surveys done in the last year, there is a strong possibility that gas will be present in the contract area,” he said. He added that the development of the Umid gas field and the exploration of Babak were high-priority projects for the future, “as the latter was proved to possess large gas reserves following geological exploration work.”

Turning from era of oil to era of gas

Azerbaijan used to produce 0.2mn b/d of oil 110 years ago, accounting for a half of global output. The volume reached the peak point in 2010, of 1mn b/d but has since fallen to 820,000 b/d today. Azerbaijan is expected to produce its 15 billionth barrel this year. More than half of the oil produced so far comes from the Caspian Sea. Today, only 3.5% of oil is produced onshore. Abdullayev said that although oil production has over 160 years’ history in Azerbaijan, the gas issue had never been so topical in the country as it is today. “There were objective reasons for this as the scope of using gas was limited previously. Gas, produced in the 20-30s, was associated gas from oil wells and it was used in industry.” Natural gas supply to the commercial and residential sectors began in the middle of the last century. In Soviet times, the peak period of gas production was recorded in 1982 at 14.89bn m³/yr, of which 11.3bn m³/yr was non-associated gas, produced from the offshore Bahar field. Currently, a significant part of country’s gas is produced from the offshore fields. At present, annual gross gas production in Azerbaijan stands at 29bn m³/yr”. Of that, 99.2% comes from the offshore fields. As of the end of last year, the country has produced a total 769bn m³, he said.