The Eastern Europe bureau of Report News Agency informs, the company has put for use the 39th station under SOCAR brand in Brașov, one of the main tourism centers in Romania. The station will sell gasoline and diesel fuel.

Three fuel dispensers were installed here, that will simultaneously serve 4 small vehicles and 2 large-capacity trucks, as well as charging stations for electric vehicles.

At Nar Cafe in territory of the gas station, customers will be given local and traditional Azerbaijani products, also free internet round the clock. In accordance with the policy of the President of Azerbaijan Ilham Aliyev to promote the brand Made in Azerbaijan, the Azerbaijan corner has been established in all the filling stations, which organizes the sale of products imported from Azerbaijan.

Notably, this is the second gas station in the Brașov region. In total, network of SOCAR filling stations covers 18 districts in Romania. 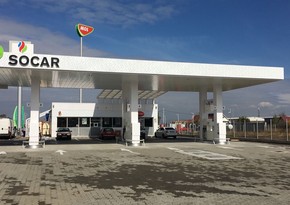