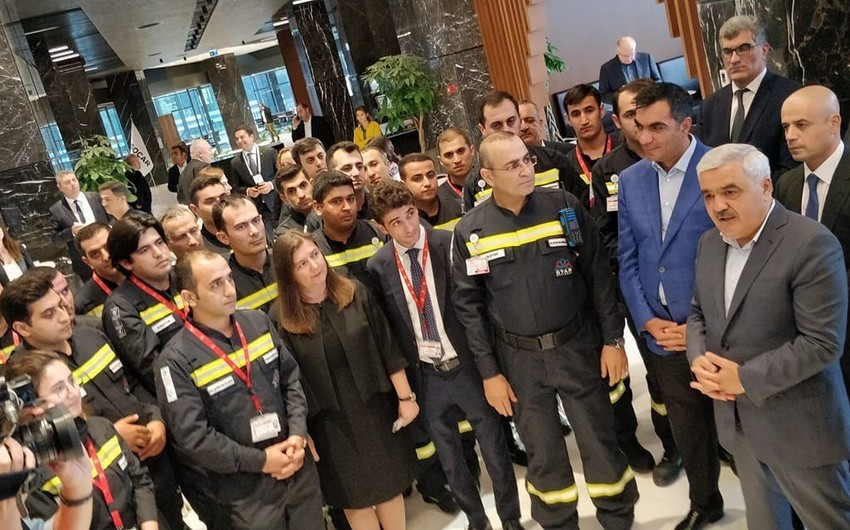 Baku. 19 October. REPORT.AZ/ Ahead of inauguration of a giant project - the STAR oil refinery on the Aliaga peninsula, SOCAR President Rovnag Abdullayev met with the Azerbaijani specialists working there.

According to Report, the SOCAR President congratulated the young specialists on the Independence Day and noted that conditions created for development of the youth were created owing to our independence.

Notably, the young Azerbaijanis who graduated from the Baku Higher School with honors now work at SOCAR's enterprises in Turkey where they get valuable experience.

The STAR opening ceremony is due today. The total investment cost of the refinery makes $6.3 bn. 10 million tonnes of crude oil a year are planned to be refined.