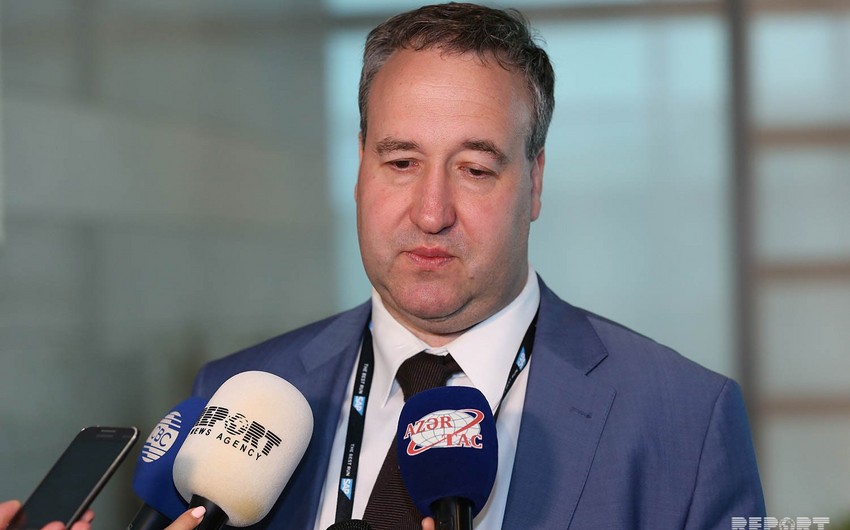 "For some reason we did not think much about where to hold the international summit on modern technologies in oil and gas industry. The first reason for choosing Baku is that we recognized Azerbaijan as the homeland of oil extraction by industrial method. At the same time, in terms of application of modern technologies, SOCAR attracts business partners from CIS countries to share its experience and exchange opinions. Moreover, SOCAR supports the state policy digitalization of Azerbaijan’s economy," he said.

He reminded that SOCAR and SAP have been in cooperation for more than 10 years: "SAP is one of the biggest programming companies in Europe. Our company always comes out with new technologies and we offer them to SOCAR. We have two goals in holding this forum in Baku. Firstly, SAP is interested in sharing its views on digitalization of this field, as well as establishment of intensive links between different companies. The forum is attended by representatives of companies such as Gazprom, Gazprom Neft, LUKoil, KazMunayGaz, Belarusneft. I think that we have many issues to discuss with colleagues."