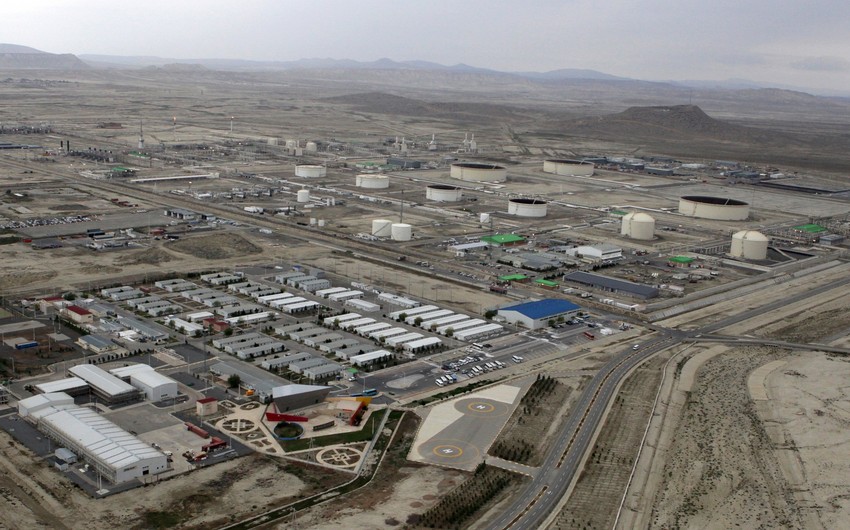 Baku. 10 May. REPORT.AZ/ During the quarter I of 2017, Sangachal terminal exported more than 69 mln barrels of oil.

During the period, export of oil and gas condensate decreased by 8% from the terminal.

On average, 26.5 mln standard cubic metres (about 936 billion standard cubic feet) of Shah Deniz gas was exported from the terminal daily during the first quarter. This is 9.86% less than the same period in 2016.

Notably, in quarter I of 2017, oil and gas from ACG and Shah Deniz continued to flow via subsea pipelines to the Sangachal terminal.