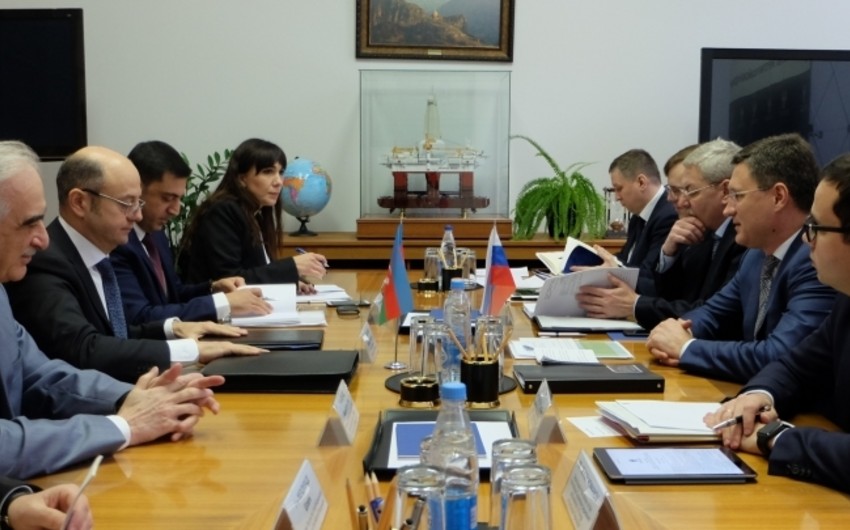 Report informs, Ministry of Energy of the Russian Federation stated.

The sides discussed the state and prospects of cooperation in a bilateral and multilateral format.

During the meeting, issues of cooperation on implementing agreements in the format of OPEC+ were also touched upon. In particular, Russian minister noted Azerbaijan's important contribution to the joint efforts of the OPEC and non-member countries to stabilize the oil market. The cooperation in the GECF (Gas Exporting Countries Forum) format was also mulled.

Novak noted that the gas institute plays an important role in the work of the GECF: "We believe that the Institute should become the main coordinating center for uniting the efforts of leading scientific organizations in the member states of the forum”, the minister added.