President of Turkey: Today we make historic step for our region and our country 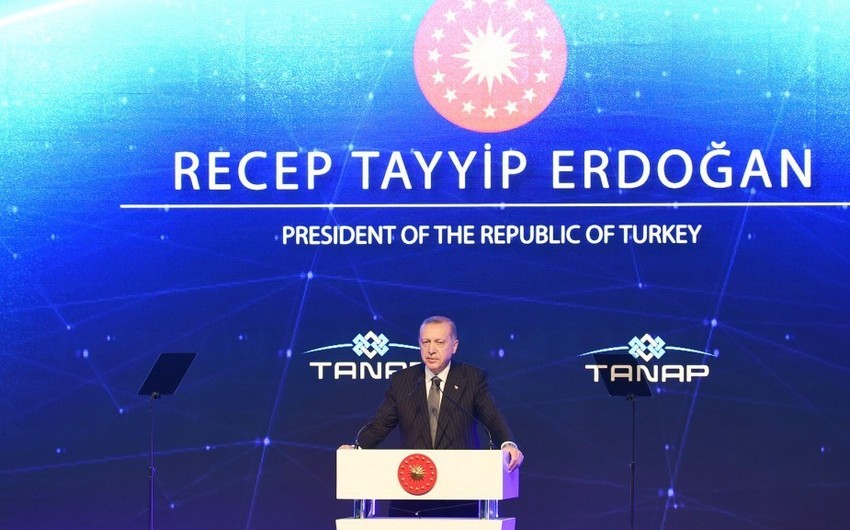 Baku. June 12. REPORT.AZ/ "Today we are making a historic step for our region and our country, we are launching a project known as " Energy Silk Road ".

President  of Turkey Recep Tayyip Erdogan said at the opening ceremony of the first part of TANAP in Eskisehir, Seyidqazi district (Turkey), Report informs.He also mentioned that the implementation of  the project was possible due to the solid relationships existing between Turkey and Azerbaijan."I congratulate those who contributed to the implementation of this huge project ahead of schedule," he said.

According to Erdogan, Turkey has implemented a number of successful projects in energy, transport and trade spheres so far: "Our country is safe for investments", - he added.