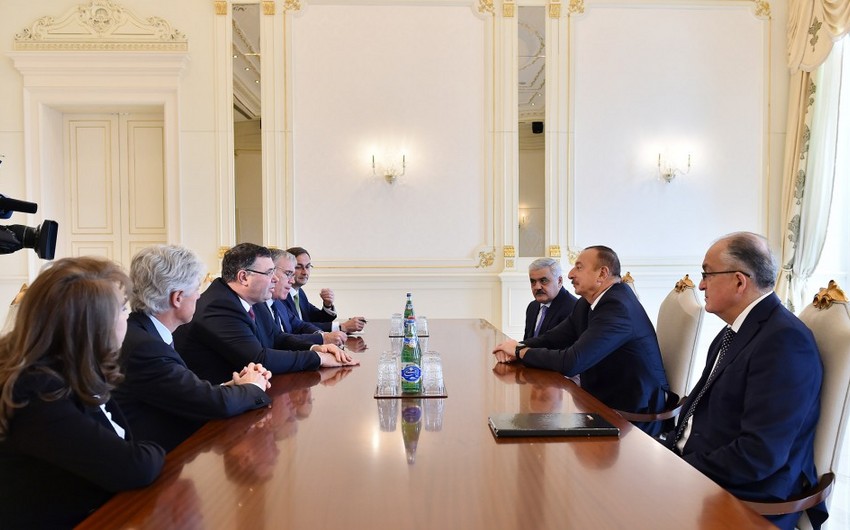 Report informs, the press service of President of Azerbaijan reported.

President Ilham Aliyev recalled with pleasure his meeting with Patrick Pouyanné in Davos, and said cooperation with Total had a good history.

The head of state said the project to develop Absheron gas field has good prospects. President Ilham Aliyev said this field has a huge potential, and stressed the importance of a stage-by-stage development of the project.

Patrick Pouyanné said a memorandum will be signed between SOCAR and Total on Absheron gas field, adding the visit creates a good opportunity for holding discussions over the development of this project. Patrick Pouyanné said he is pleased to attend the events marking the 20th anniversary of Total`s activity in Azerbaijan.