TAP will be ready for operations in fall

TAP will be ready for operations in fall Over the past two years, about 5 million tons of oil has been delivered to the world market through Azerbaijan.
333 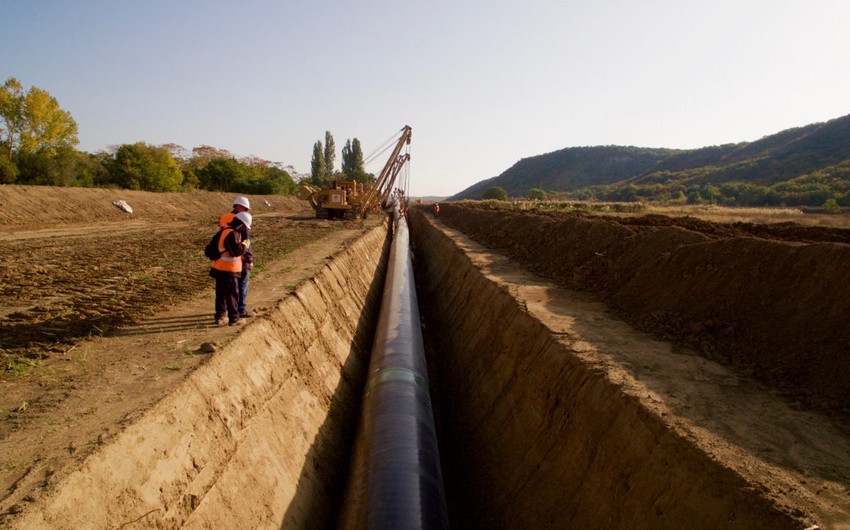 The Trans-Adriatic Gas Pipeline (TAP), built to transport Azerbaijani gas to Europe, will be ready for launch in October-November this year. Vice President for Investments and Marketing of the State Oil Company of Azerbaijan (SOCAR) Elshad Nasirov said during online discussions of the Caspian Political Center on the impact of COVID-19 on the energy sector.

"Despite the COVID-19 pandemic, doubts that companies will not be able to build the pipeline in southern Italy, and the connection of Albania-Italy section will not be completed on time, we are pleased to announce that the pipeline will be ready for operations on time. More precisely, in October-November of 2020," the vice president said. Speaking about SOCAR's cooperation with the countries of the eastern part of the Caspian, he said that Turkmenistan was invited to open a SOCAR office in Ashgabat.

E. Nasirov noted that SOCAR buys raw materials from Turkmenistan, processes it at a refinery in Baku and exports aviation fuel made from Turkmen raw materials to Europe and Afghanistan: "One of the important issues is the transportation of hydrocarbons through the Caspian.

Over the past two years, about 5 million tons of oil has been delivered to the world market through Azerbaijan. And this already indicates the presence of the Trans-Caspian energy corridor. Before the sanctions against Iran, we dealt with the issue of transporting Turkmen gas through Iran to Azerbaijan and Georgia. That is, gas transportation is possible even without the construction of the Trans-Caspian pipeline.

Given the signing of the Convention on the Status of the Caspian Sea and the almost complete launch of the Southern Gas Corridor, there is nothing that could stop transporting hydrocarbon resources of the Caspian to Europe."