Natig Aliyev: European countries sure no delay expects TAP implementation The work on the Southern Gas Corridor project is progressing according to schedule 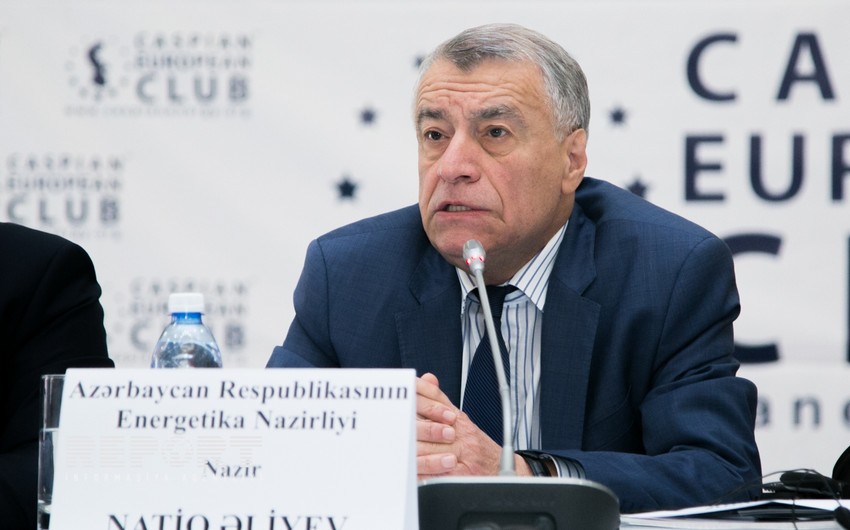 Baku. 6 September. REPORT.AZ/ Southern Gas Corridor project is progressing according to the schedule.

"Periodically, I hold meetings and get information on the progress of work in Southern Gas Corridor projects.

There is no delay in the implementation of the projects. All the works are launched in the order.

We believe that, as planned, the first gas will be delivered to Europe in 2020", the minister said.

N. Aliyev also stressed not all matters depend on Azerbaijan: "We are doing our best. There are no problems in construction of "Shah Deniz 2", South Caucasus Pipeline Expansion, Trans-Anatolian Pipeline (TANAP) projects, which Azerbaijan directly involved in. Works on Trans-Adriatic Pipeline (TAP) have started in Greece. Also works being done in Italy. Their government assures us that there will be no delay in the implementation of projects in these countries.

At groundbreaking ceremony in Thessaloniki, Greece Greek Prime Minister Alexis Tsipras said to the whole world that "the government supports this project and will do their best to implement it."

Speaking about investment costs for implementation of the Southern Gas Corridor, Energy Minister noted that the costs often change: "Investment in the amount of 45 bln USD envisaged during the signing of the final investment agreement. It was the initial figures. But experience shows that the costs of the projects have always changed. Because the market is always changing. Southern Gas Corridor project costs reduced by 5 bln USD to 40 bln USD.

If TANAP estimated at 11-12 bln USD, according to the latest reports, the figure dropped by 2 bln USD."

According to him, due to the fall in oil prices, costs of goods and services declined: "We do not know what to expect. It may be that some unplanned works will appear, therefore costs will increase. Of course, we will not stop and pay all costs. The main thing is the cost at completion of the project."