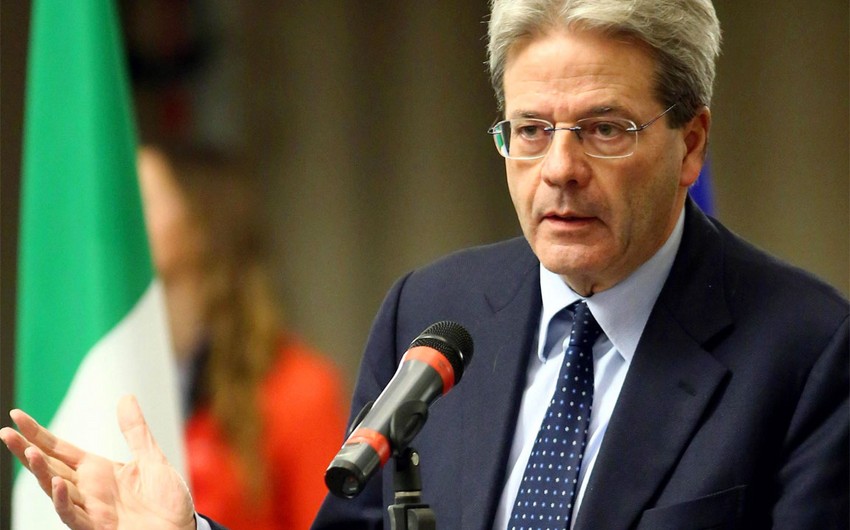 Baku. 10 August. REPORT.AZ/ An agreement has been reached regarding the continuation of the works on the construction of a new interconnector at the proposal of chairman of Italy’s Council of Ministers, Paolo Gentiloni.

Report informs, Snam company engaged in the construction of that pipeline, has stated.

According to statement, the interconnector, linking Meledugno (Lecce) and Mezagna (Brindisi) cities, will join the Trans Adriatic Pipeline (TAP).

Notably, after reviewing various selection options during two years, on June 28, 2013, 'Shah Deniz' Consortium has officially declared selection of the project on TAP project. The pipeline is 878 kilometers long, which 550 km will cover Greece, 215 Albania, 105 Adriatic Sea and 8 km Southern Italy. Highest point of the pipeline will be in the mountains of Albania (1 800 meters), the lower part (-820 meters) beneath the sea.

TAP's groundbreaking ceremony was held in Thessaloniki, Greece on May 17, 2016. Azerbaijani gas will be delivered to Europe on 2020.