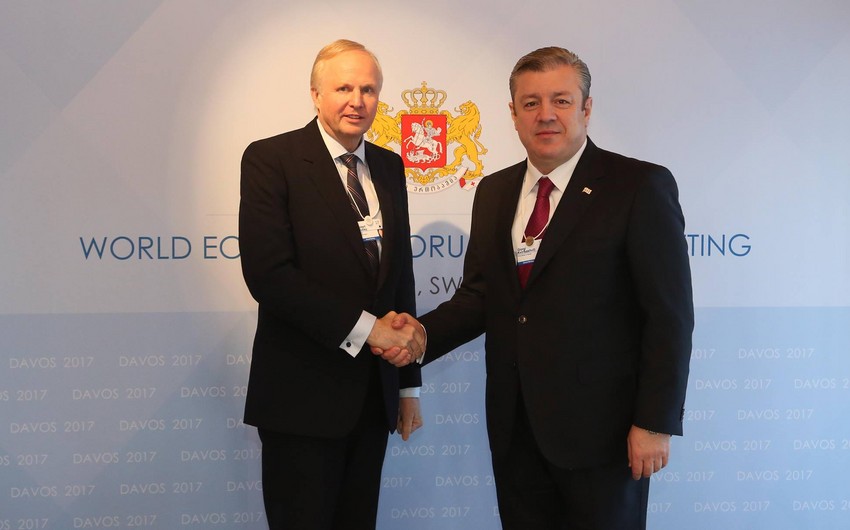 Tbilisi. 19 January. REPORT.AZ/ Georgian PM Giorgi Kvirikashvili, who is on a visit to Davos, has met with BP CEO Robert Dudley.

Georgia bureau of Report News Agency informs, during the meeting, the importance of South Caucasus Pipeline expansion (SCPx) under the second phase of the Shah Deniz project was emphasized, which involves expanding the pipeline capacity to transport additional gas to European countries every year.

Contribution of Baku-Tbilisi-Ceyhan oil pipeline and South Caucasus Pipeline to development of region was also stressed.

It was noted that these projects play an important role in establishment of a new infrastructure not only in Georgia, but also in Turkey and Europe.