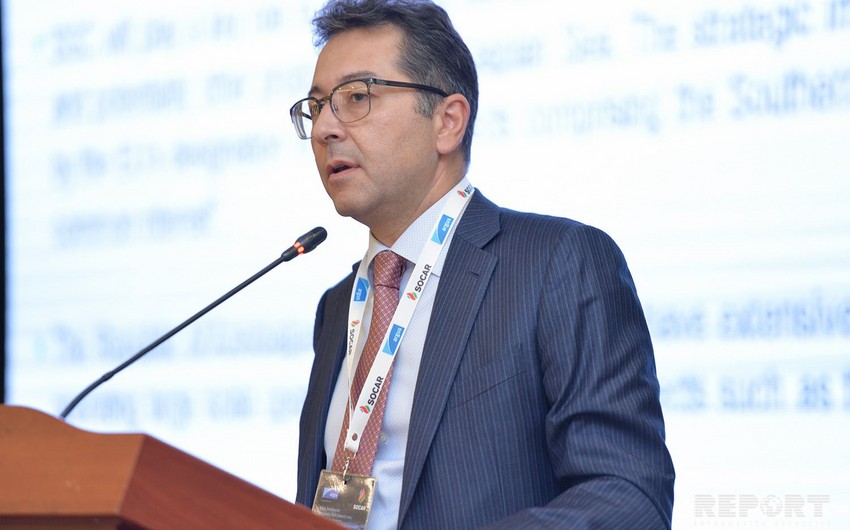 Report informs, Afgan Isayev, the General Director of SGC CJSC, briefed on the work carried out within the framework of Southern Gas Corridor projects.

"The SGC project has been financially supported by the leading international financial institutions, and Phase-0 under TANAP project, which relates to the works required for the first commercial gas deliveries to Turkey, has already been completed. First commercial gas deliveries to Turkey has commenced today, on 30 June 2018. The works planned for the delivery of natural gas to Europe through Turkey in the near future are being carried out according to the schedule,” he said.

Notably, the Southern Gas Corridor is a project to transport the gas, produced in the second phase development of "Shah Deniz" field in the Azerbaijani sector of the Caspian Sea to Europe. Shah Deniz 2 project, South Caucasus Pipeline Expansion, the Trans-Anatolian Pipeline (TANAP) built in Kipoi territory on Turkey-Greece border and cross Greece, Albania and the Adriatic Sea before going onshore in southern Italy are key components of Southern Gas Corridor.

Notably, "Southern Gas Corridor" CJSC is a closed joint-stock company (CJSC), which established under the order of Azerbaijani President "On some measures regarding the second stage of Shah Deniz gas and condensate field and other projects on establishment of the Southern Gas Corridor", dated February 25, 2014, No. 287, and 51% of state-owned shares belongs to Azerbaijani Ministry of Economy, 49% to SOCAR.