Denmark to build energy hub on artificial energy island Denmark has moved forward with plans for an artificial island in the North Sea that could generate wind power for at least three million households. 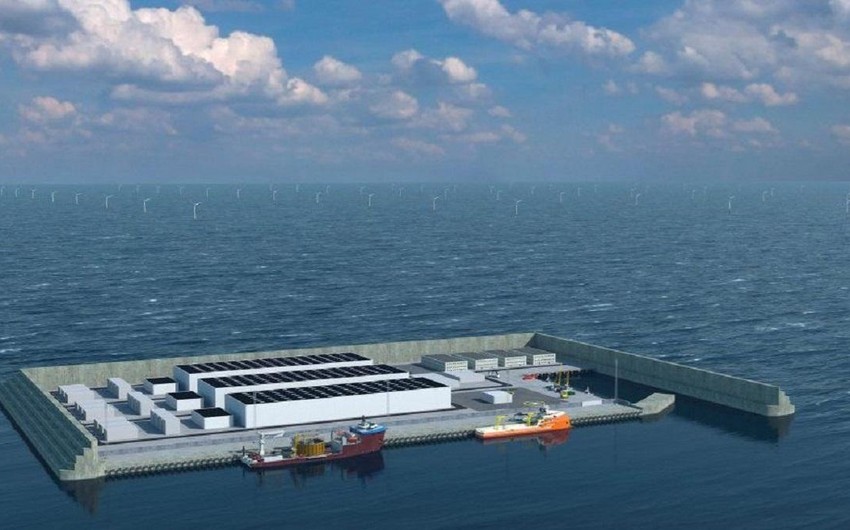 Denmark has moved forward with plans for an artificial island in the North Sea that could generate wind power for at least three million households, a government spokesman said, informs with reference to .

In June, the Danish parliament adopted an environmental framework to reduce the country's CO2 emissions by 70 percent by 2030, which included plans for the world's first "energy hubs" on the island of Bornholm in the Baltic Sea and the North Sea.

Last week, parliament went further by approving a plan to place the North Sea hub on an artificial island, with a wind power farm that will initially supply three gigawatts (GW) of electricity.

According to the Danish Ministry of Climate, Energy, and Utilities, that could later be scaled up to 10 GW - enough for 10 million households.

The island is to be majority-owned by the Danish government in partnership with private companies.

Its final size is yet to be decided, but it is expected to cover between 120,000 to 460,000 square meters, ministry spokesperson Emil Lee Madsen told AFP.

The total number of wind turbines has not been finalized either, but estimates range between 200 and 600 units at "a previously unseen scale," with the blades' tip reaching as high as 260 meters above the sea.

At full capacity, the island would provide more wind power than Denmark needs for its population of 5.8 million.

Other countries could then plug into the hub to 'increase the efficiency of the electricity production from the wind farms by distributing it across the European power grid,' the ministry said.