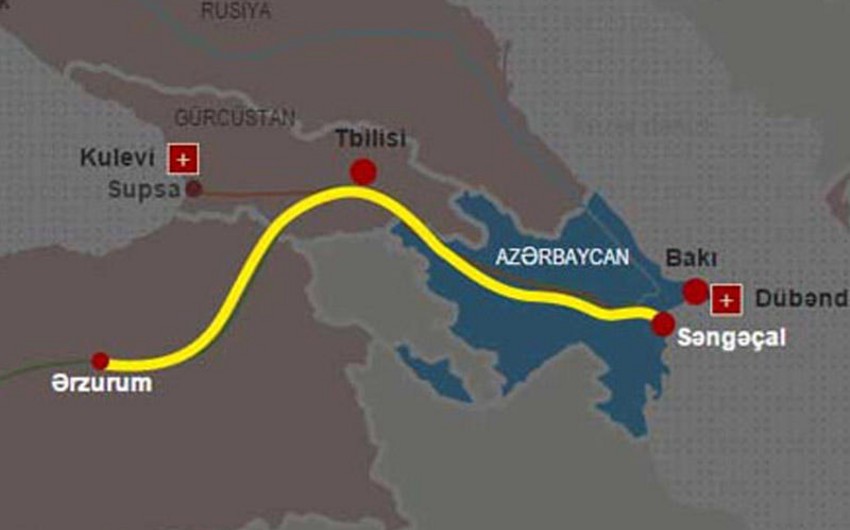 Report informs referring to theState Statistics Committee, this figure is higher by 0,8% in comparison with the corresponding period of last year.

The volume of gas supplies via the South Caucasus gas pipeline along the route of the Baku-Tbilisi-Erzurum gas in January amounted to 7 145,1 mln cubic meters or 33,5%-of total volume. The volume of natural gas transported via this pipeline increased by 7.5% compared to 2015

The pipeline originates from the Sangachal terminal, near Baku, and to the border with Turkey runs through a single pipeline Baku-Tbilisi-Ceyhan (BTC) route, connecting the territory of Turkey to the gas distribution network in the country.

From the date of commissioning at the end of 2006 gas deliveries "Shah Deniz-1" are made in Azerbaijan and Georgia, since July 2007 in Turkey.