Why China prefers Russian gas? Quality of the Canadian fuel influenced the decision of the country's leadership 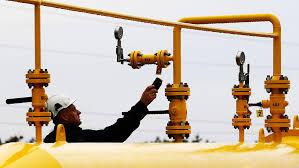 The Chinese authorities decided to stop importing gas from Canada, while buying hydrocarbons from Russia since they consider Moscow a more reliable partner in the supply, Report says, citing Sina.
According to the newspaper, the quality of the Canadian fuel influenced the decision of the country's leadership. Chinese experts have repeatedly stated that it has worsened recently. However, Canadian suppliers did not respond to the claims.
As stated by Sina, the Russian Federation and China have already working joint projects in the energy sector, which is an essential factor in this issue.
According to analysts of the newspaper, China expects Russia to increase the volume of gas supplies to the country to 130 billion cubic meters per year.