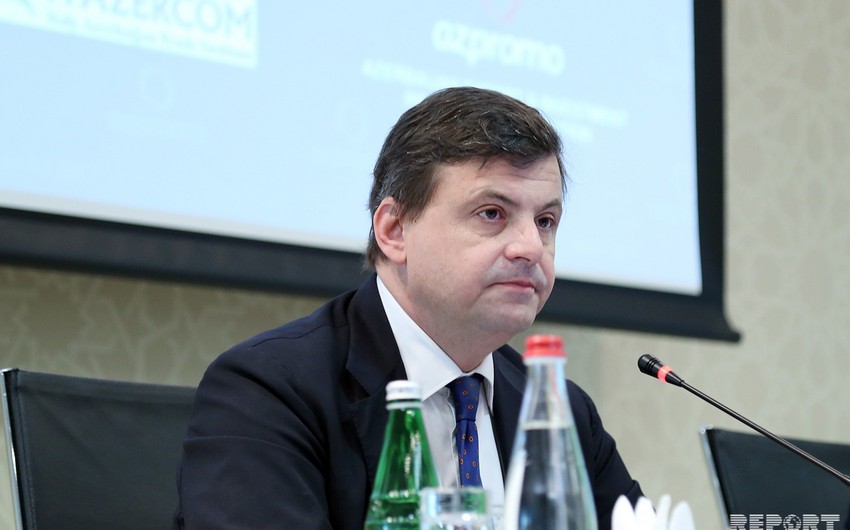 The minister stressed importance of the TAP project for Italy's energy security. He also added that TAP is important in terms of energy sources diversification.

TAP, which is a part of Southern Gas Corridor project, will initially transport the gas produced within "Shah Deniz 2" project, to Europe. This pipeline will join TANAP (Trans Anatolian) pipeline in Kipoi territory on Turkey-Greece border and cross Greece, Albania and the Adriatic Sea before going onshore in southern Italy.