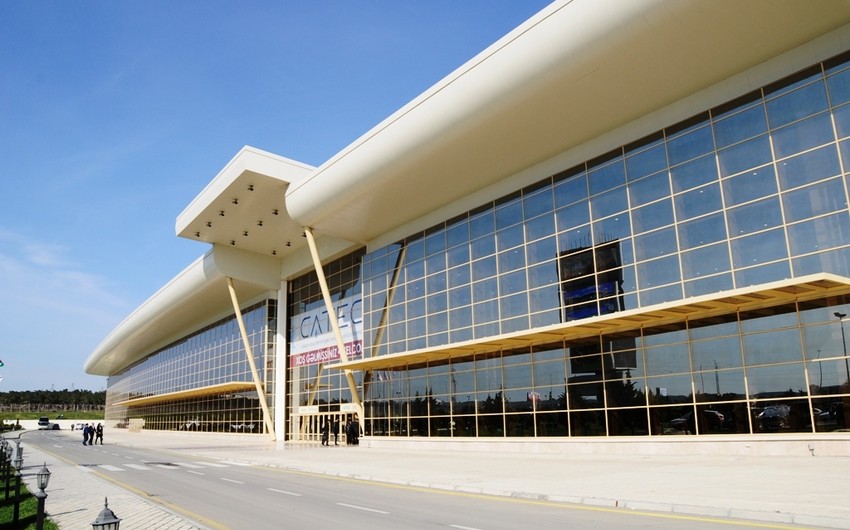 The exhibition will be held from 29 May to the 1 June at Baku Expo Center.

As is the tradition, 40% of the exhibition area at Caspian Oil & Gas is occupied by world-famous companies that are its permanent participants of the event. Among them are SOCAR, BP, Total, Statoil, Petkim and many others. The regular exhibitors include the national stands of Russia and Italy. This year the exhibition will be attended by companies from Azerbaijan, Canada, China, Great Britain, Germany, Georgia, France, Iran, Italy, Kazakhstan, Malaysia, Russia, Spain, Turkey, Ukraine, Uzbekistan, and many others. The companies will present a wide range of equipment, services, innovative technologies for oil production and transporting energy resources, storage systems for oil and gas, platforms and floating drilling rigs, pipe laying and pipe security systems, and services.

This year’s Anniversary Caspian Oil & Gas coincides with several significant dates; among them is the 95th anniversary of the birth of the National Leader of Azerbaijan Heydar Aliyev who was the inspirer of this exhibition project. The first exhibition was held in 1994 on the eve of signing the “Contract of the Century” in September of the same year; an agreement which defined the main development areas for the Caspian Basin's hydrocarbon resources and opened a new chapter in Azerbaijan’s oil history. Another significant date which coincides with the Anniversary Caspian Oil & Gas Exhibition and Conference is the celebration of the 100th Anniversary of the Independent Democratic Republic of Azerbaijan (on the 28th of May 1918, Azerbaijan declared its independence and established the Democratic Republic of Azerbaijan, ADR); this momentous event will be part of the exhibition programme.

An important part of the event’s business programme is the International Caspian Oil & Gas Conference which will be held from the 30th to the 31st of May at Fairmont Baku Hotel; annually, the conference welcomes over 500 top managers of leading companies worldwide, along with representatives of line ministries and well-regarded industry experts, and offers the opportunity to exchange views on topical issues with regard to the development of the oil and gas industry.

The status of the event is also emphasized by the sponsors of the conference. The Platinum Sponsor is SOCAR. The Golden Sponsor of the conference is BP, Statoil and Petronas, the Silver Sponsors - INPEX, McDermott, and the Bronze Sponsors - EGS, EY, Dentons, Lamor Corporation, Nobel Upstream, SOCAR AQS, Total, and Turkish Petroleum.

This year’s Caspian Oil & Gas will be even more exciting and saturated, and in view of the 25th anniversary of the Caspian Oil & Gas Exhibition and Conference, the organisers plan to implement a programme of additional events.