Azerbaijani President: Work on SGC project has entered a crucial stage ‘Economic benefits of TANAP project are important for all participating countries’ 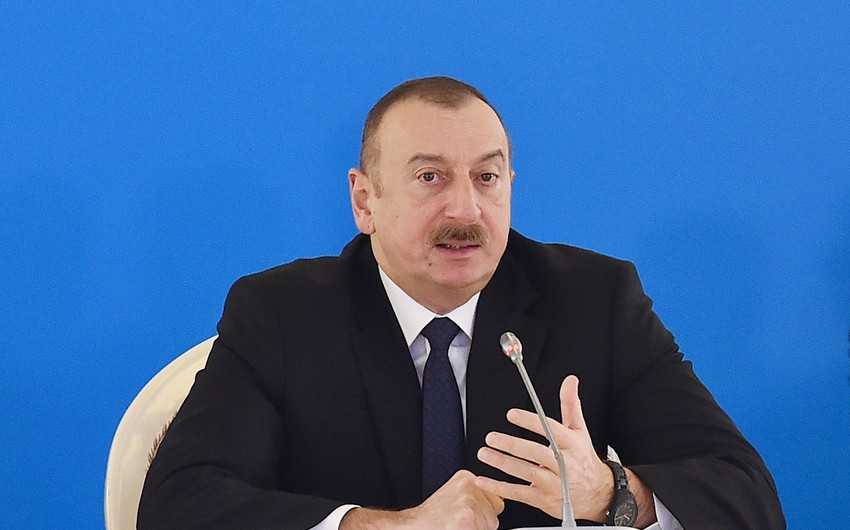 Baku. 15 February. REPORT.AZ/ "The work on the Southern Gas Corridor has already entered a crucial stage."

President of Azerbaijan Ilham Aliyev said at the 4th ministerial meeting within the Southern Gas Corridor Advisory Council in Baku.

According to him, 2017 was an important year in implementation of the project.

"The project has contributed to economic development and regional cooperation. It also provides strong support for energy resources transportation projects. In this regard, the new Baku-Tbilisi-Kars railway, which was commissioned last year, is important. This railroad is the shortest route between Europe and Asia, reducing the time spent for cargo transportation, "the head of state added.

Mentioning importance of the agreement signed in Istanbul on the construction of TANAP, economic benefits of this project are important for all participating countries.