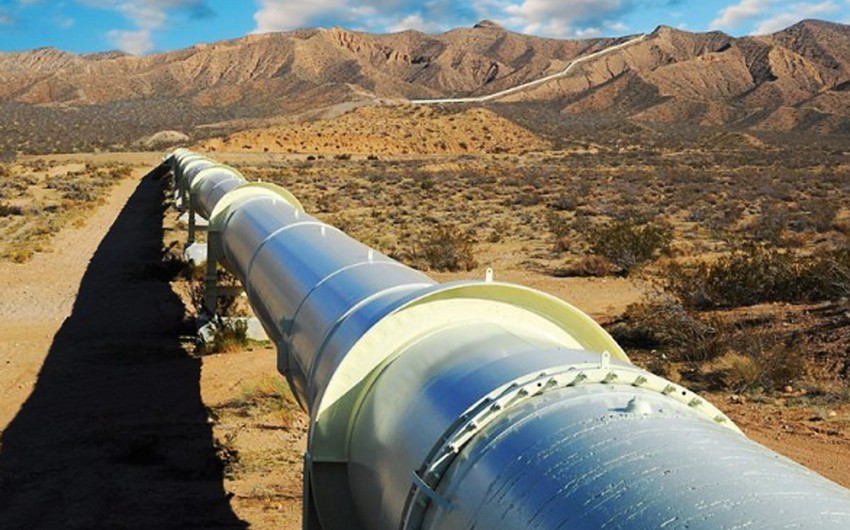 On May 20, first gas molecules from Azerbaijan were delivered to Albania as part of the experimental works of the Trans-Adriatic Pipeline (TAP), SOCAR spokesperson Ibrahim Ahmadov told Report.

"Albania has not been importing natural gas to date, and there was no transit gas through the country's territory. Thus, gas was delivered via pipeline for the first time in the history of Albania. So, Albania got an opportunity to use natural gas in energy supply in the future. This is a great event for Albania, EU, and Azerbaijan," he said.

He also noted that SOCAR is currently heading the TAP Board of Directors, and the company continually follows the progress in the TAP. According to him, in spite of widespread pandemic, the works on TAP are carried out under the schedule.

SOCAR official noted that the pipeline has been completed in Greece, and has been tested. A while ago, a technical gas was pumped in: "We think all works on TAP may be completed this year if there is no emergency connected with the pandemic. There are a few months left for the pipeline to reach Italy. We believe that TAP works will be completed timely despite all difficulties. Greece, Italy, and other countries will receive natural gas for the first time."

Notably, the TAP pipeline, which is a part of the Southern Gas Corridor project, will initially supply Europe with 10 billion cubic meters of gas produced within the framework of the Shah Deniz-2 project annually. On the territory of Kipoi, near the Turkish-Greek border, the pipeline will be connected to the Trans-Anatolian Pipeline (TANAP) and run through Greece, Albania and the Adriatic Sea to southern Italy.

The Shah Deniz consortium officially announced on June 28, 2013, that it chose TAP, extending to 878 km in total.

The groundbreaking ceremony for the pipeline was held in Thessaloniki, Greece, on May 17, 2016. The pipeline is expected to deliver Azerbaijani gas to Europe in 2020.