Azerbaijani energy minister says agreement with BP is important message for other companies The rich energy potential and high ambition for "green energy" is an excellent chance for investors who are always looking for new opportunities, especially for energy companies that prioritize renewable energy 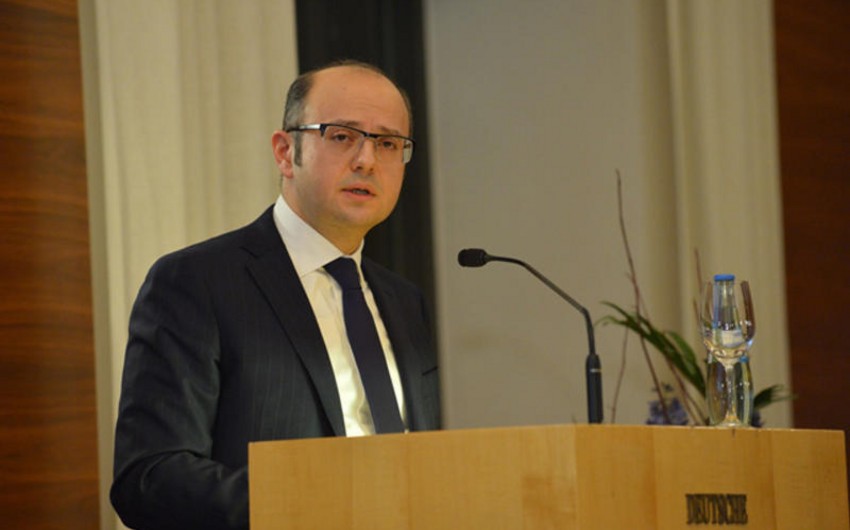 The rich energy potential and high ambition for "green energy" is an excellent chance for investors who are always looking for new opportunities, especially for energy companies that prioritize renewable energy, the Minister of Energy Parviz Shahbazov said in an article published in the newspaper "Respublika" dedicated to the "October 20 Energy Day" entitled "A new era of Azerbaijani energy begins in Karabakh and East Zangazur."

According to him, the implementation of some major projects in Karabakh and East Zangazur at the expense of foreign investment is one of the main priorities: "In this regard, the agreement reached with BP on the implementation of the 240-megawatt Solar Power Plant project in the Zangilan and Jabrayil districts is an important message for other companies. At present, technical and economic aspects of the construction of this station and issues arising from its integration into the country's network are being discussed. Relevant work is being done to determine the land area, topographic surveys, study the possibility of connecting to the network, hydrometeorological analysis, and environmental impact assessment for this project, which is forecast to produce about 500 million kWh of electricity per year.

The Minister said that another project that will contribute to the establishment of the "Green Energy Zone" is the construction of a wind power plant with a capacity of up to 100 MW in Lachin or Kalbajar: "The Information Survey document prepared based on data from the identified areas for this project has already been submitted to potential investors. Currently, work is underway on the Information Survey stage.

"The creation of the Green Energy Zone will not only ensure the production of energy from renewable energy sources but also covers a wide range of issues, including the use of the most efficient and 'smart' systems for its transmission, distribution, and consumption, emphasis on small-scale renewable energy solutions, energy efficiency, hydrogen production, promotion of environmentally friendly vehicles, employment and local resources."

Shahbazov noted that the achievements in the Green Energy Zone would contribute to 'Clean environment' and country of 'green growth' - one of the energy targets of the 'Azerbaijan 2030: National Priorities for Socio-Economic Development: "Thus, the Green Energy Zone is one of the main priorities of the National Priorities of our country in the next decade and the Strategy of socio-economic development in 2021-2025. It also promotes the development of renewable energy sources that will provide global support for global efforts to combat climate change, an increase in energy efficiency, hydrogen production, the use of environmentally friendly vehicles and other 'green technologies', comprehensive measures to increase the flexibility of the energy system and improve the legislative and regulatory environment to attract investment. Our goals in all these areas allow Azerbaijan to enter the energy transformation process by ensuring a balance between energy security, economic development, and environmental protection. The position of renewable energy sources is strengthening in the process of transition to green energy, which is accompanied by high political and financial support in the world and promoted by the rapid development of technology. According to the estimates of influential international energy organizations, last year, the share of renewable energy sources in the world increased by 36.5% in the installed electricity capacity and 29% in electricity production. According to the International Energy Agency, if the world's energy system moves along the "pure zero" emission path, by 2050, about 90% of electricity production will come from renewable energy sources, and 70% of this figure will come only from wind and solar energy sources. Although the current energy crises in Europe and Asia highlight the fact that the sustainability of renewable energy sources is not yet high, the general trend, especially the preference for renewable energy sources as the main solution to reduce greenhouse gas emissions, shows that the future of the world's energy landscape will be primarily determined by green technologies, as well as energy efficiency."