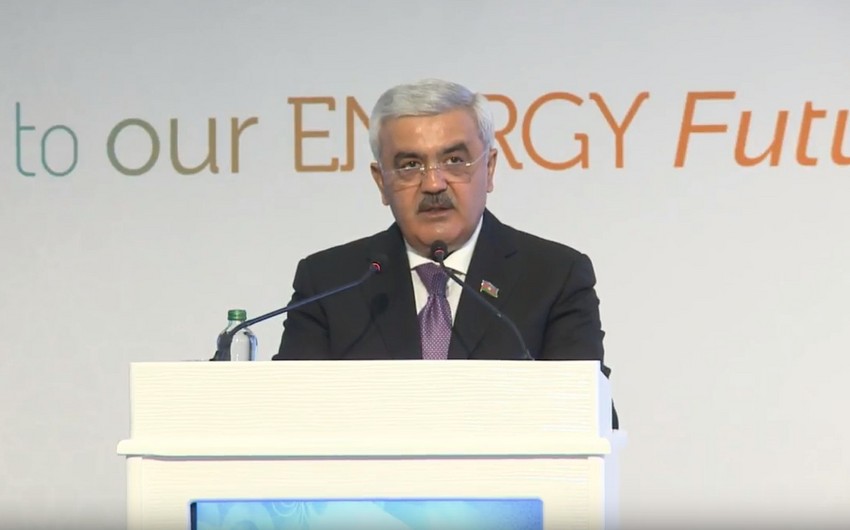 Baku. 10 July. REPORT.AZ/ Although before Shah Deniz project, Azerbaijan was recognized as an oil exporter in the world, after the project the country has entered the list of reliable gas exporters.

"We have been exporting gas to our strategic partners Georgia and Turkey, for over 10 years, and contributing to the energy securities of these countries. The second phase of the Shah Deniz project is being developed within the framework of the Southern Gas Corridor (SGC). Global scale project Southern Gas Corridor worth $ 40 bln is of strategic importance for Turkey and Europe in terms of energy security”, SOCAR President stated.

R. Abdullayev noted that the Southern Gas Corridor is a project that fully meets long-term interests of Azerbaijan, Turkey and Europe: “This collaborative project, covering many countries from the Caspian Sea basin to Western Europe, is based on economic interests and it is commercially viable for all parties. In the coming years, along with other suppliers Azerbaijani gas will play an important role in meeting growing gas needs in Europe”.

"Consumption is growing in the EU countries and production is decreasing. Natural gas consumption in the EU increased by 7.1% in 2016, and production decreased by 1.6%. This also shows that in the future, Europe will need new and alternative sources. According to forecasts, EU's dependence on natural gas imports will increase from current 67% up to 84% in 2030. By triggering the Southern Gas Corridor, will be able to contribute to both energy security and environmental protection”, SOCAR President added.

R. Abdullayev said that works on all segments of the Southern Gas Corridor are currently under schedule: “The first segment of the Southern Gas Corridor with 4 segments and length of 3 500 km - Shah Deniz 2 project and subsequent segments are the expansion of the South Caucasus Pipeline, construction of TANAP and TAP pipelines. At present, works on all segments carried out in accordance with schedule. 94% of works on Shah Deniz 2 project, 87% on South Caucasus Pipeline Expansion, 77% on TANAP, 85% of the construction of a section up to Eskisehir, and 45% on TAP were completed.