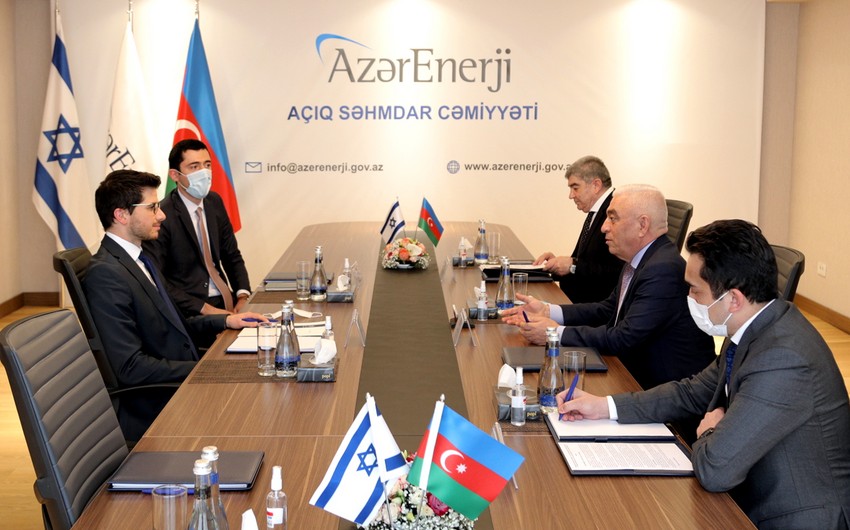 The meeting focused on cooperation between the energy systems of Azerbaijan and Israel.

The Israeli ambassador's visit to Ganja and Mingachevir during the 44-day war to get acquainted with the consequences of rocket attacks by Armenian terrorists on October 23 last year, as well as Azerbaijan TPP, the largest thermal power plant in the Caucasus targeted by Armenians was especially remembered during the meeting.

The sides exchanged views on energy projects in the liberated territories and the interest of foreign investors in those projects.