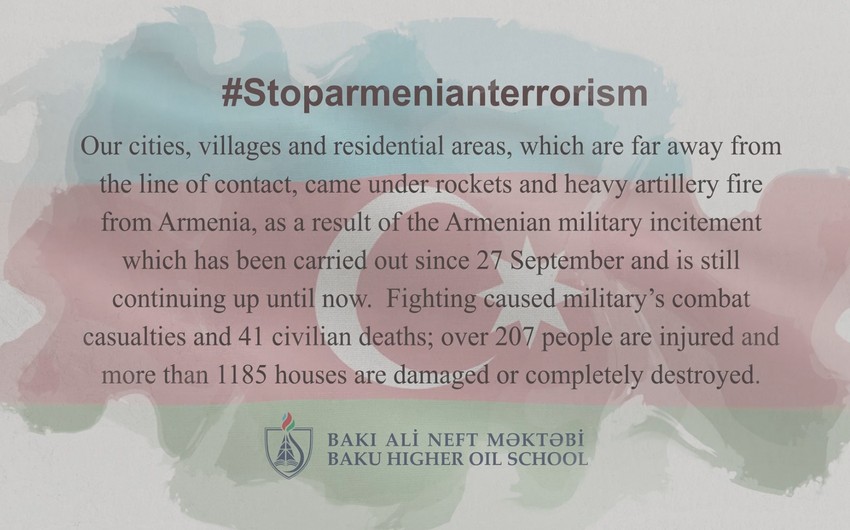 Baku Higher Oil School (BHOS) has prepared a video-clip in English to draw the world's attention to Armenia's military provocation against Azerbaijan.

As a result of the Armenian provocation, which began on September 27 and continues to this day, cities, settlements, and villages located outside the line of contact are being subjected to heavy artillery and rocket fire, which leads to numerous casualties and destructions.
The video-clip with the hashtag #stoparmanianterrorism has been posted on open information resources and sent to BHOS partners to distribute it among a wider audience.

The video-clip exposes the Armenian vandalism and Armenian militarists' targeting the civilian population of Azerbaijan, fighting for the liberation of its lands. Attacks on civilians, resulting in killing and injuring innocent children, women, and the elderly, are described in the video-clip as terrorism.

A special place in the video-clip is given to the intensive artillery and rocket attacks on large infrastructure cities located outside the contact line, such as Ganja and Mingechevir, and the killing of underage schoolchildren.

As Baku Higher Oil School, we hope that the video-clip ending with the slogan "We want justice!" will help make our fair voice heard.