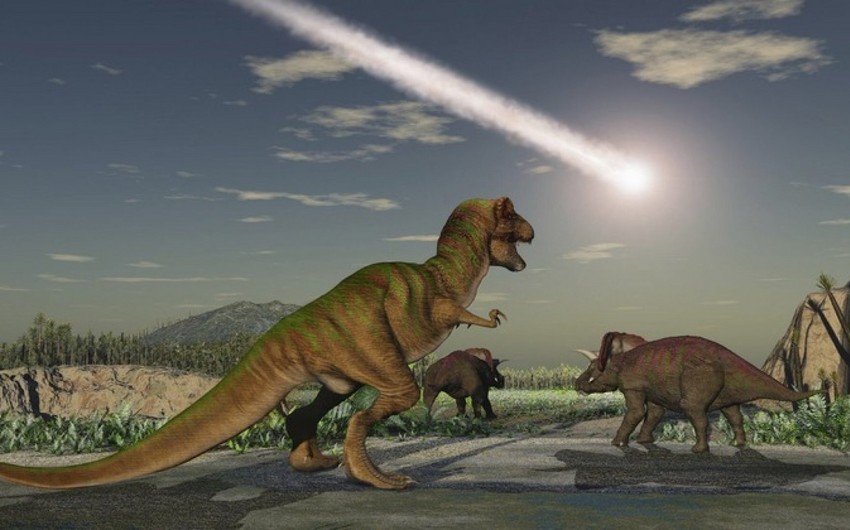 Researchers have discovered a new mass extinction that happened 233 million years ago and may have led to dinosaurs worldwide, Report says, citing RIA Novosti.

The crisis has been called the Carnian Pluvial Episode.

A team of 17 researchers reviewed all the geological and palaeontological evidence to determine what happened.

They suggest the cause was most likely massive volcanic eruptions in the Wrangellia Province of western Canada, where vast volumes of volcanic basalt were poured out and formed much of North America's western coast.

They included a menagerie of lumbering beasts such as sheep-sized reptiles called rhynchosaurs and elephant-like tusked dicynodonts.

The disaster also massacred reefs, sea lilies, shelled octopuses, and marine reptiles called thalattosaurs.
The carnage during the middle of the Triassic period has been named the "Carnian Pluvial Episode."

It led to extreme climate change and rerouted the trajectory of life on Earth, launching the dinosaurs' near-eternal 'age."

Lead author Dr. Jacopo Dal Corso, of the China University of Geosciences at Wuhan, said: "The eruptions peaked in the Carnian."