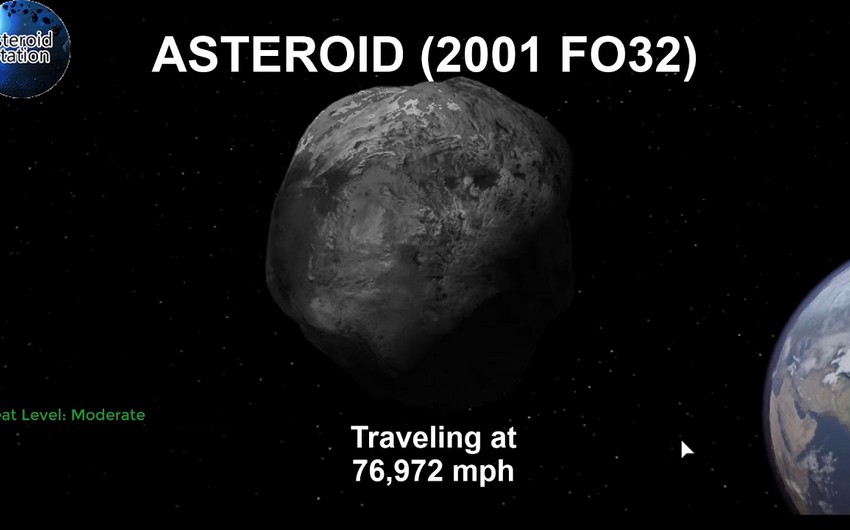 The largest asteroid to pass by Earth this year will approach within about 1.25 million miles (2 million kilometers) of our planet on March 21, the National Aeronautics and Space Administration (NASA) said, Report informs.

The U.S. space agency said it would allow astronomers to get a rare close look at an asteroid.

"We know the orbital path of 2001 FO32 around the sun very accurately," said Paul Chodas, director of the Center for Near-Earth Object Studies. "There is no chance the asteroid will get any closer to Earth than 1.25 million miles."

That is roughly 5.25 times the distance from Earth to the moon, but still close enough for 2001 FO32 to be classified as a "potentially hazardous asteroid."

"Currently, little is known about this object, so the very close encounter provides an outstanding opportunity to learn a great deal about this asteroid," said Lance Benner, principal scientist at NASA's Jet Propulsion Laboratory.