Inclusive education in Azerbaijan: EU ambassador visits secondary school in Shamakhi Azerbaijan pays special attention to the development of inclusive education and every year implements more projects in this regard, including jointly with the EU Delegation in Baku 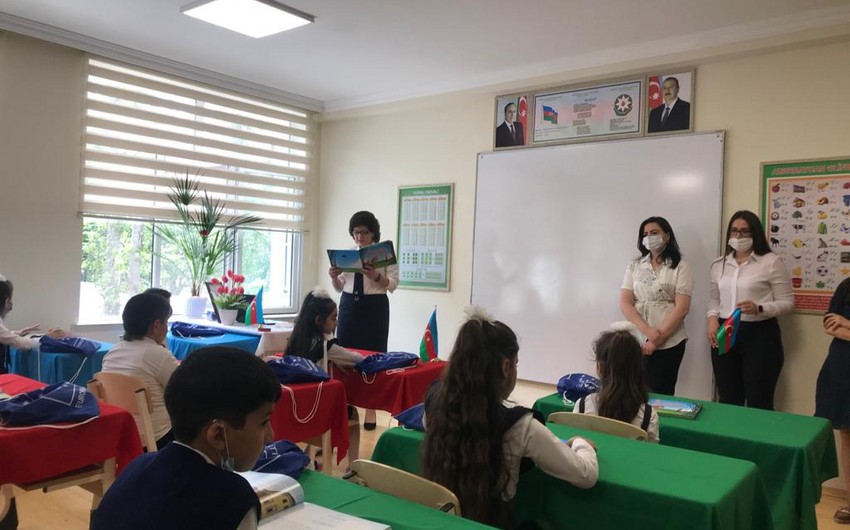 Azerbaijan pays special attention to the development of inclusive education and every year implements more projects in this regard, including jointly with the EU Delegation in Baku, Report informs.

One of the key projects financed by the EU in the Azerbaijani districts is called “Ensuring Teachers Readiness for Inclusive Education.”

The project, dedicated to inclusive education, covers many regions of Azerbaijan, and the journalists managed to visit one of the educational institutions where it is being implemented - secondary school number 9 in Shamakhi. The ambassador personally greeted the students and attended the primary school lesson, where he got acquainted with the educational process in more detail. During the presentation, it was noted that 400 teachers and 2,000 students from the Azerbaijan Pedagogical University regional branches became participants in this project. This is while 1,000 teachers of general education schools have also joined this project.

The creation of inclusive development centers in six Azerbaijani districts has made an enormous contribution to education development by increasing the development and improvement of curricula and materials for teacher training. Great hopes are pinned on the project, as it is expected to improve the qualifications of the teaching staff, including the development of educational resources. Creating a favorable environment for inclusive education, improving the regulatory framework is one of the few tasks that must be implemented as part of this program.

The EU delegation and journalists met Hijran Soltanova, who became one of the winners of the small project competition “Universal design in inclusive education” within the project “Improving the qualifications of teachers in inclusive education,” being implemented by the Public Association “Regional Development” with the financial support of the EU. The goal of the competition is to provide professional development for primary school teachers as well as learning resources based on a universal design. Three textbooks developed by Soltanova represent various geometric shapes that she actively uses in the classroom. As the teacher herself notes, it is much easier to explain to children such concepts as ‘cube,’ ‘parallelepiped’ and ‘cone’ by clearly demonstrating the features of each of them.

The versatility of this subject makes it possible to use it not only in math lessons but also in singing, technology, and physical education lessons. As it turned out, the structure serves as a chest, where Soltanova puts children’s diplomas and medals. She claims that “it is generally accepted that our ancestors kept all the most valuable in such chests. What is the most valuable for a teacher? Of course, the achievements of students. So, I keep them here, in the chest.”

The teacher noted that the most essential thing in inclusive development is to give every child the opportunity to express themselves as a person. She also has children with disabilities in her class, but she treats everyone equally. The children themselves are very friendly with each other, and children with developmental disabilities are not singled out from the team, but, on the contrary, they support such children, so they feel absolutely comfortable.

Head of the EU Delegation Kestutis Jankauskas presented the school with the book “European Fairy Tales.” This book is a collection of folk tales from 27 countries of the European Union. This book aims to raise awareness of the diversity of European culture and, at the same time to instill a sense of belonging to shared values ​​and common European heritage. Jankauskas noted that he remembers how he sat at the desk just like those children, adding that, especially in these years, after so many changes, this is a new opportunity for the future generation and the Azerbaijani society.

Addressing the students, the ambassador said that teachers themselves undergo training and learn during the teaching process, constantly working on themselves. The book Jankauskas donated contains 27 fairy tales, and each of them refers to 27 different countries of the EU. 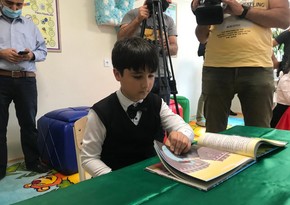 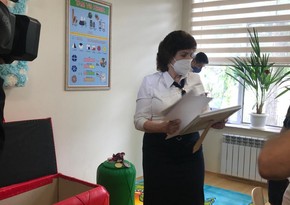 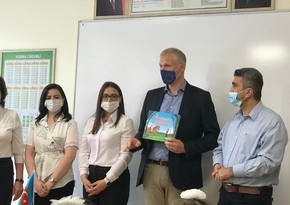 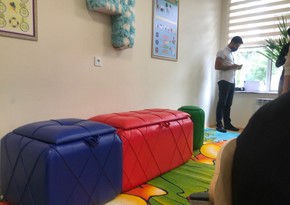 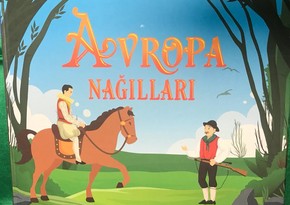