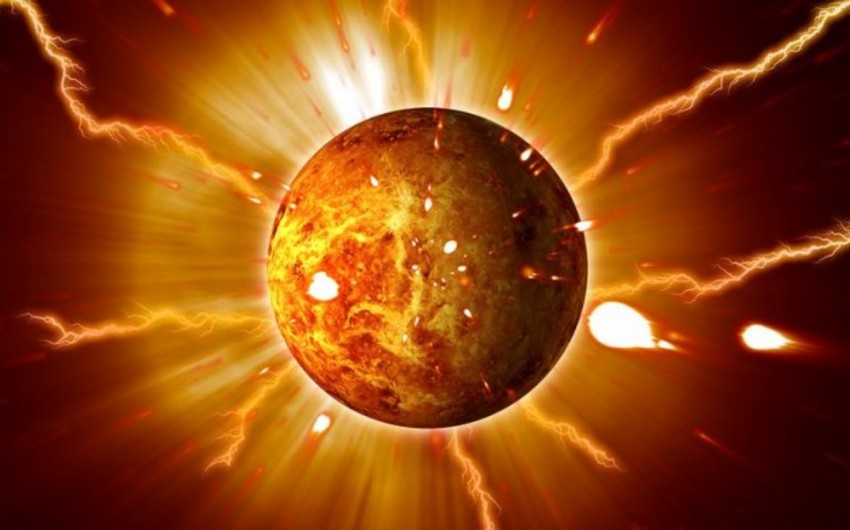 Baku. 15 February. REPORT.AZ/ After a long-term relative calm in the "cosmic air", the weather terms will be "unfavorable" in the coming days.

"Of course, the main reason for this is the Sun. At present, there are 18 spots on the sun surface and they are concentrated in a zone of activity. The # 2699 active spot area is quite active. On February 12, a plaque with a large mass of bubbles occurred on the ground and directed toward the Earth. The reason for this is the solar flare of C1 class”, Babayev said.

He noted that on February 15 it would cause a geomagnetic storm on the Earth. "Besides, from February 16, excitement will be further strengthened for another reason. The reason for this is the next crown hole formed on the Sun's surface. "

"Usually, high-speed plasma winds from such crown holes take their start and move towards planets, including the Earth. This is a geopolitical phenomenon, and in this case crown mass and the presence of crown holes make geomagnetic excitement and geomagnetic whirlwinds. The mentioned active area # 2699 will hide behind the disc in the near future due to the solar displacement, and almost a very small amount of stains will appear on the surface of the sun", Babayev added.