Flag March in Agdam ends - PHOTO REPORT - UPDATED The procession of the flag taking place in Agdam is over. 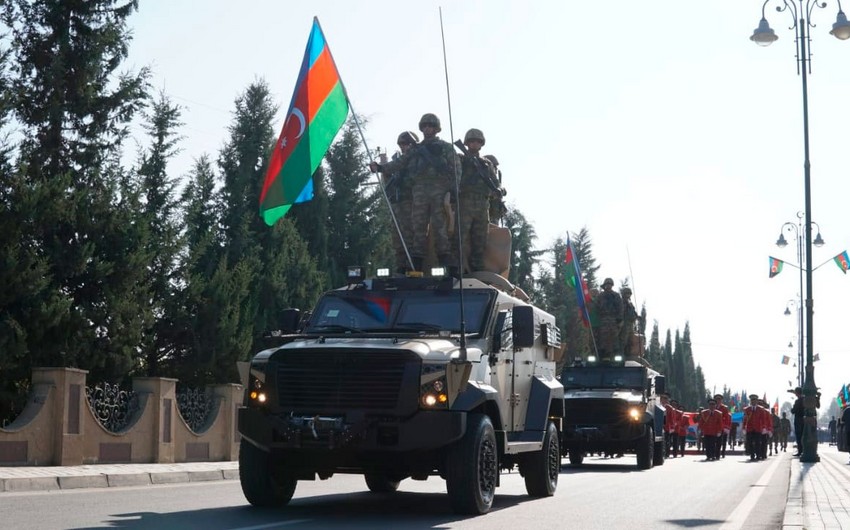 The procession of the flag taking place in Agdam is over.

According to Report's Karabakh bureau, the march ended with an event at the final destination on the Flag Square.

Opening the event, Deputy Minister of Education Firudin Gurbanov noted that our three-color flag demonstrates the power and strength of Azerbaijan to the world.

MP Aydin Mirzazade said that the greatest desire of every Azerbaijani is to free our lands from the Armenian occupation and that the flag of Azerbaijan flutters in .

After the march, Deputy Minister of Education Firudin Gurbanov met with the staff of the Agdam College of Music and had a conversation with students and teachers of the educational institution.

A march started in Aghdam on the occasion of November 9 - the National Flag Day in Azerbaijan.

Western bureau of Report informs that the action is organized jointly by the Ministries of Education and Defense.

The march began in front of the Aghdam Education Department located in Guzanli settlement and will continue to the Flag Square.

The main purpose of the campaign is to promote national attributes, patriotism among youth and the promotion of national-moral values.

Deputy Minister of Education Firudin Gurbanov, head of Aghdam district executive power Vagif Hasanov, employees of the , MPs, members of the Public Council under the Ministry of Education, heads of media agencies, servicemen, well-known intellectuals, teachers and students, representatives of the media are taking part in the event. 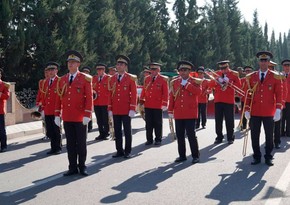 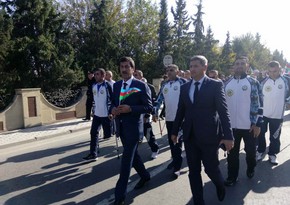 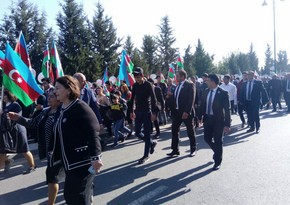 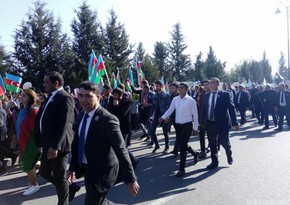 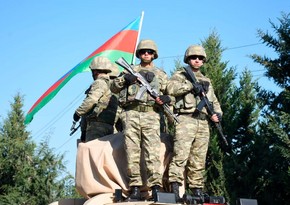 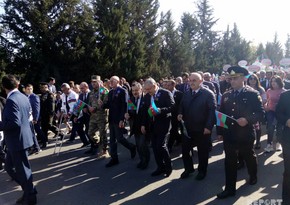 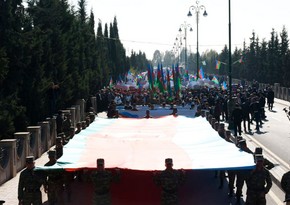 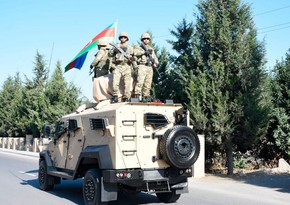 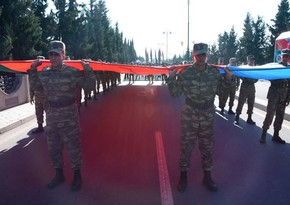 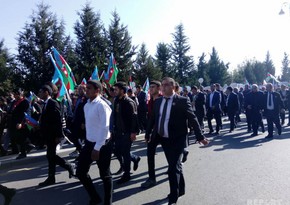