Elmar Gasimov meets with President of Society of Petroleum Engineers 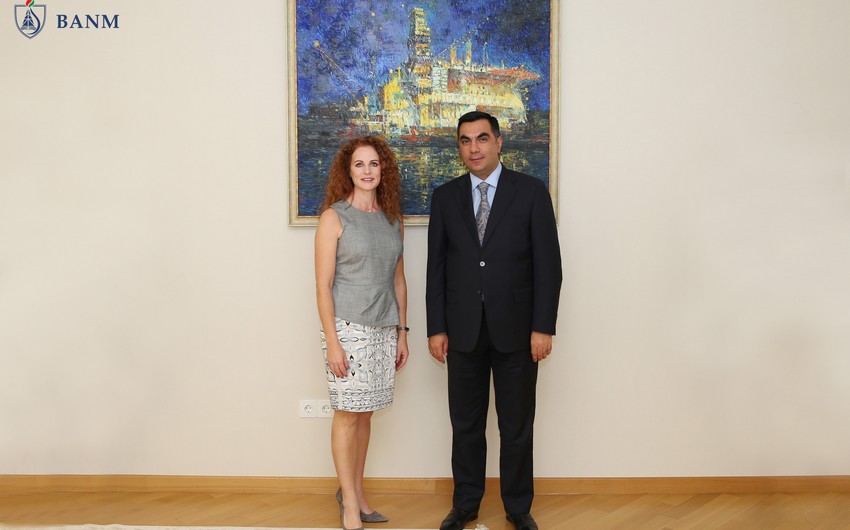 Having expressed satisfaction with seeing the guest in Baku, Elmar Gasimov praised highly the activities carried out by the Society of Petroleum Engineers, the SPE's cooperation with Azerbaijan, especially with Baku Higher Oil School.

The rector noted that the Regional Student Development Summit has been held several times at Baku Higher Oil School. He also noted that the Society of Oil and Gas Engineers was also created at the BHOS a few years ago, and that it has been successfully operating to this day.

Speaking about the activities of Baku Higher Oil School, Elmar Gasimov emphasized that the BHOS was established in 2011 within the by the Decree of the President of the Republic of Azerbaijan .

“Baku Higher Oil School conducts training in English language in accordance with the programs of Heriot-Watt University of Great Britain.Also, within partnership with the Geneva Business Center, the BHOS conductcourses for the Master's Degree in Business Administration. The number of young people majoring in engineering has increased in recent years. And there are a lot of girls among them”, he added.

“Regional summits are important not only in terms of integrating students from many countries, but also in terms of developing their future careers.Observations show that participation in international events helps students enrich their knowledge and gain useful experience,” added Ms. Noonan.

Towards the end of the meeting, a decision was reached to hold regional SPE championships in Baku.

Note that the main goal of the non-governmental organization “The Society of Petroleum Engineers” is to promote the development of students and young engineers, to bring together experienced oil & gas industry specialists from around the world, to assist them in conducting scientific work and presenting results, and to create conditions for holding various conferences, forums, summits and exhibitions at which students and young specialists can share their experiences.