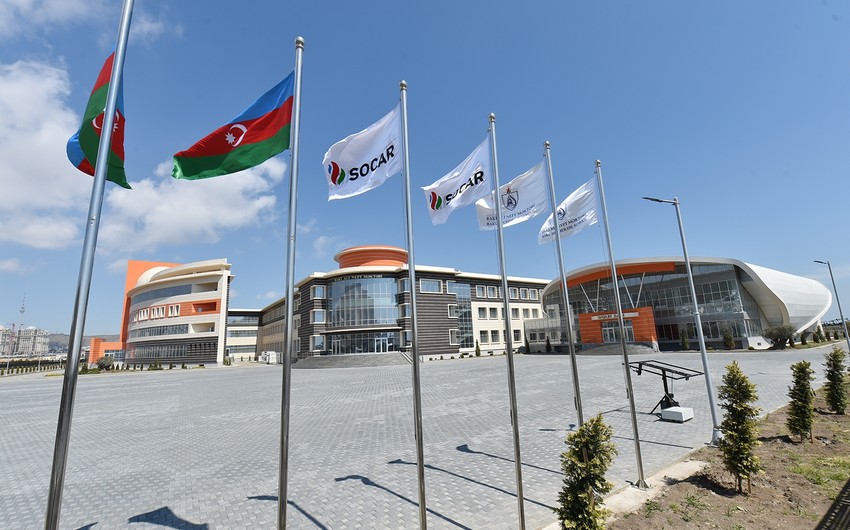 Baku. 20 December. REPORT.AZ/ For Baku Higher Oil School (), year 2017 has been a very successful and productive. According to a research conducted at the page of “Azərbaycan Universitetləri” in Facebook social media and a survey among students and its members, BHOS is recognized as the best among higher educational institutions in the country.

The findings of research and survey are as follows:

- The Higher School occupies a leading position in terms of material, technical and social facilities and infrastructure. On May 1, 2017, President of the Azerbaijan Republic Ilham Aliyev participated in inauguration of BHOS new campus, which is set up in accordance with the highest standards. All the conditions including modern classrooms, state-of-the-art teaching laboratories, sport and fitness complex and new administrative buildings are available here for the students’ education, development and social activities. Speaking at the inauguration ceremony, the President highly praised successful work of the Higher School.

- According to the State Examination Centre, the prospective students needed to earn 679 points at the entrance exams to be admitted to BHOS, which was the highest passing grade in the country.

- All prospective students who were admitted to the Higher School to study Petroleum Engineering, Chemical Engineering or Process Automation succeeded to pass the exams in the first tour.

- Upon the results of the entrance exams in 2017, all seven prospective students who earned 700 points in the first group of specialities have chosen to study at the Baku Higher Oil School.

- Most of the BHOS first graduates have been already employed: 94 per cent of the young specialists who graduated from the Higher School in 2017 are working now in large companies operating in the industry. Other graduates continue their education and pursue Master or Ph.D. degree at prestigious universities in Azerbaijan, Europe and the USA.

These remarkable achievements attained in six years of activity are an excellent result for a higher educational intuition.