Aziz Sancar: "I have no opportunity to cooperate with Azerbaijani scientists" 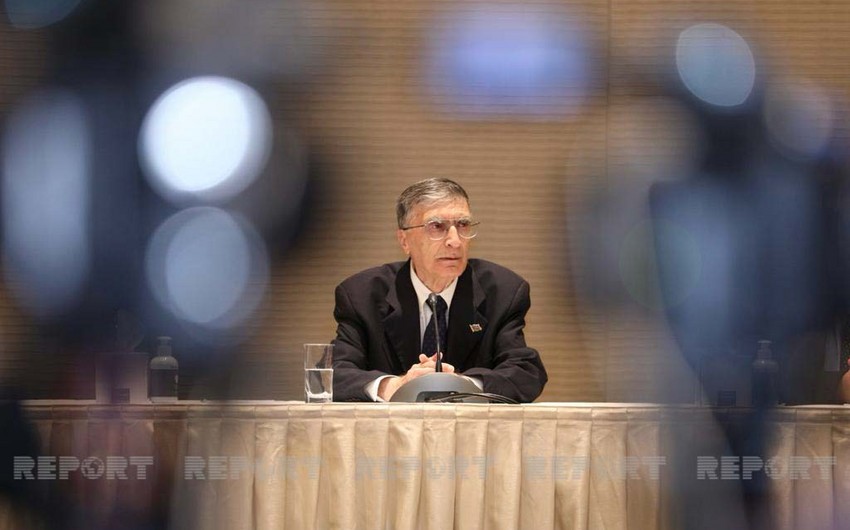 "I do not have the opportunity to cooperate with Azerbaijani scientists," Nobel Laureate, world-renowned scientist, Professor Aziz Sancar said at a press conference in Baku today, Report informs.

The scientist said he only runs his own laboratory:

"It is better to focus on one field of science. I want to focus on my work without collaborating with other laboratories. Of course, I would be pleased if students came from Azerbaijan. Because I had a student, he was hardworking and very courteous. Two articles of his were published in two years. It is an infrequent case. Because an article usually takes 5-10 years."

Aziz Sancar said that he trusts those engaged in science in Azerbaijan: "At the moment, I do not have the opportunity to do anything else due to age. After winning the Nobel Prize, I received many job offers from Turkey. However, it takes 5-10 years to build a world-class laboratory. I was 70 years old when I won the Nobel Prize. If I set up a laboratory in Turkey, it would take me 10 years. Then, I would be 80 years old. It is not right to expect a high result from a scientist of this age. For this reason, I can't take extra work.”