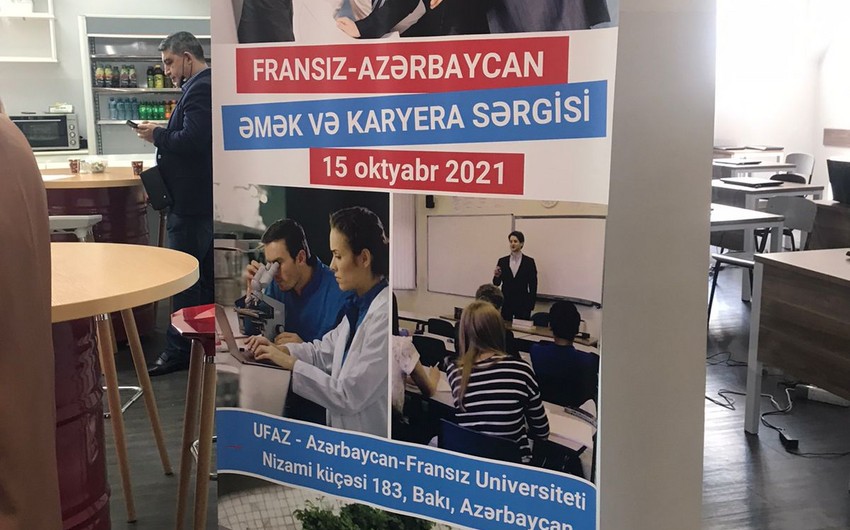 The exhibition, organized by the Azerbaijani-French Chamber of Commerce and the Azerbaijan-France Alumni Association with the support of the French embassy, is aimed at providing employment to Azerbaijani citizens graduating from French universities. Thus, these graduates have the opportunity to meet with representatives of such prestigious companies as Total Energies, Alstom, International Bank of Azerbaijan, Schneider Electric, Société Générale, Schlumberger, PashaBank, IBIS, Shirvan Wines.

Campus France and the University Foundation Courses (UFC) that are engaged in preparing for French universities are also attending the exhibition.

At the opening of the event, French ambassador to Azerbaijan Zacharie Gross said that Azerbaijani youth will be able to choose the most suitable training and work programs in France at the exhibition.

"Students need to have a clear idea of which sector they want to succeed in. Another feature of today's exhibition is the exchange of views between local students and Azerbaijanis, who received higher education in France. In close cooperation with Total Energies in this sector, we offer certain refresher courses and higher education scholarships in France. Today, new directions and opportunities are emerging in Azerbaijan. In particular, I can cite the example of cooperation between ADA University and the University of Montpellier," the ambassador said, praising the activities of the UFAz.

Regis Agut, General Director of Total Energies EP Absheron, also noted the importance of such exhibitions and said that they cooperate effectively with SOCAR. 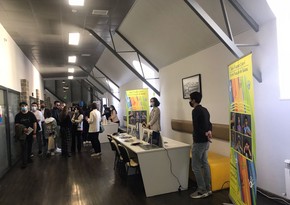 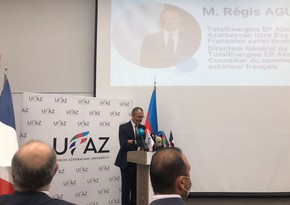