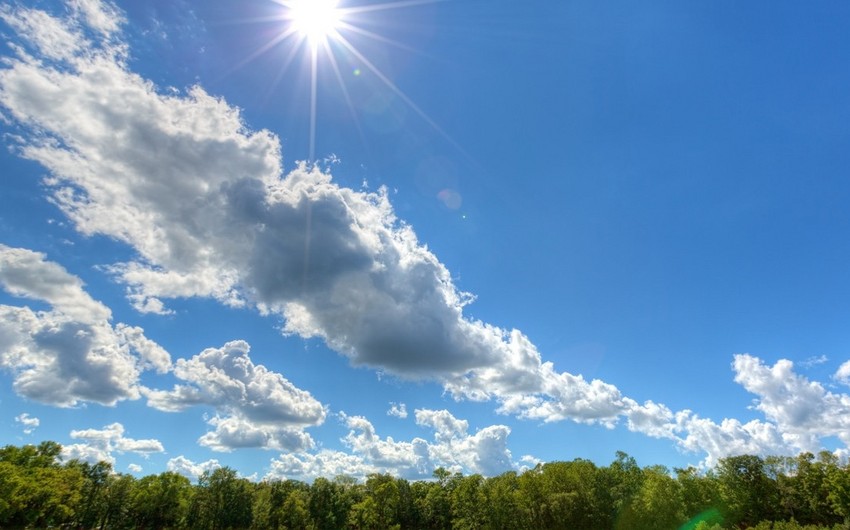 Baku. 2 August. REPORT.AZ/ The weather forecast in Azerbaijan for tomorrow was announced.

Report was informed in the National Hydrometeorology Department of the Ministry of Ecology and Natural Resources, the weather will be changeably cloudy and rainless in Baku and on the Absheron Peninsula on August 3. It will rain in some areas of the Absheron peninsula in the evening. North wind will be replaced with south-east wind in daytime.

On Absheron beaches the temperature of sea water is expected to be 25-26 degrees in Sumgayit, Novkhani, Pirshaghi, Nardaran, Bilgah, 26-27 in Zagulba, Buzovna, Mardakan, Shuvalan, 27-28 in Turkan, Hovsan, Sahil and Shikh.

The weather will be rainless in Azerbaijan's regions. Weak east wind will blow.