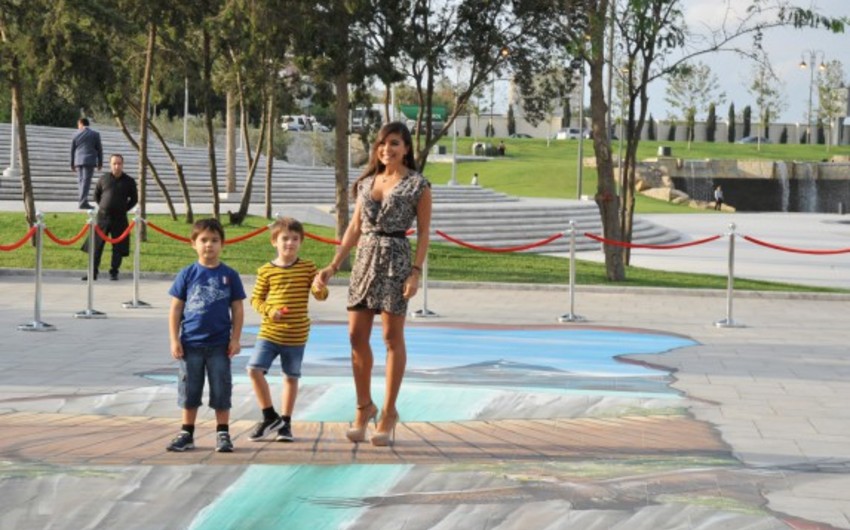 The graffiti works aim to inform people about the ecological problems and draw attention to these problems. It was noted that as a propaganda of new activity directions for young artists, the first surface graffiti work in Azerbaijan reflects the importance of protection the animals including “Big Five of Caucasus”.

With the initiative of the Vice-President of Heydar Aliyev Foundation, founder and head of IDEA PU Leyla Aliyeva, “Big Five of Caucasus” project was started in 2012 to protect the animal species living in the territory of Azerbaijan and endangered with the threat of extinction. This five includes brown bear, imperial eagle, grey wolf, gazelle and Caucasian leopard.

One of the works being exhibited in the Dada Gorgud park was painted by British graffitists Edward Shiron, James Titchner and Julian Fetin in 3D format within 5 days. Beside foreign guests, Azerbaijani graffitists also painted works reflecting the environmental problems of the Caspian Sea, "No tree cutting" program launched by the joint initiative of Heydar Aliyev Foundation and IDEA Public Union.

The graffiti works will be exhibited till October. 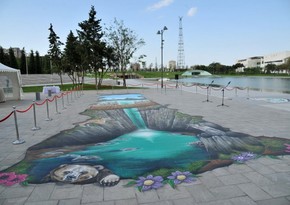 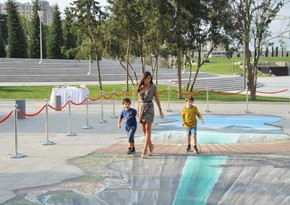 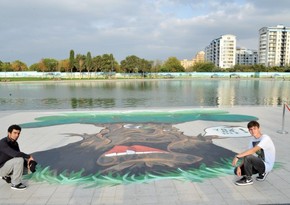 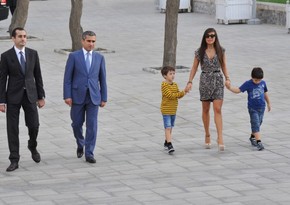 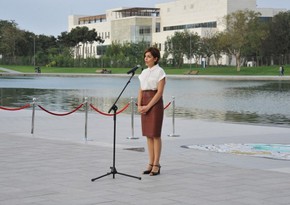 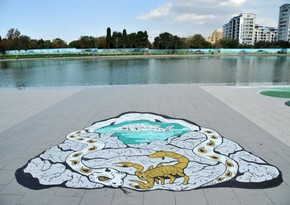 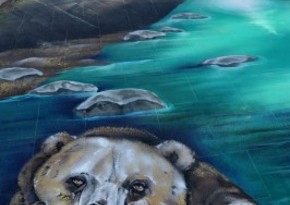 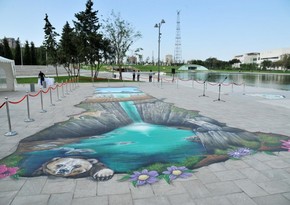 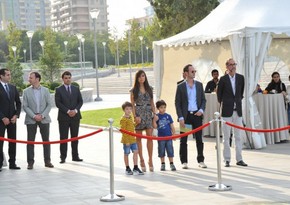 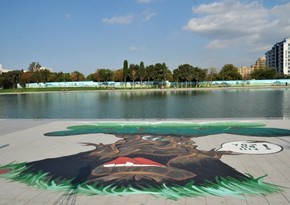 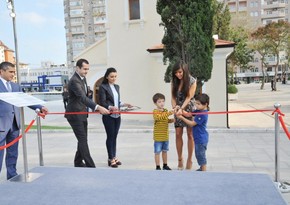 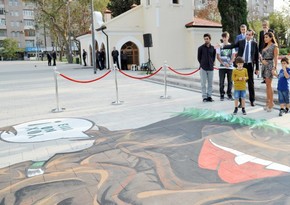