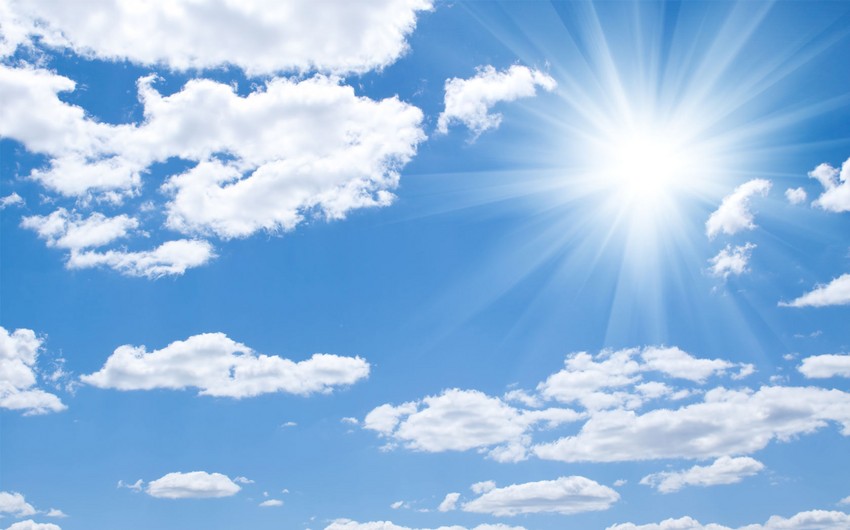 Report was told by Gulshad Mammadova, Deputy Director of the Hydro-metrological Forecasting Bureau of the National Hydrometeorology Department of the , that, variable cloudy, occasionally gloomy and dry weather is expected in Baku and Absheron peninsula on August 6. North-west wind will blow and occasionally intensify. Air temperature will be +24+26°C at night and +33+35°C in the daytime.

In Azerbaijani regions, dry weather is expected. Lightening and short-term rain are likely to be in some mountainous areas at night and in the evening. East wind will blow and intensify occasionally in some places..